Want a long life? Hang in there! Study claims our risk of death DROPS after 80 and plateaus when we reach 105 – but we still haven’t reached our limit

Humans still haven’t reached their ultimate lifespan, according to a new study that found our risk of immediate death drops after a certain age.

Once you hit 80, your immediate death risk starts to decline, according to the study of 4,000 people by researchers in the US and Italy.

After 105, that risk plateaus – significantly boosting your chances of living to at least 110.

This is increasingly common: people in the study born before 1910 were highly unlikely to make it past 96, while these days the odds are more or less even.

While our increasing longevity is often attributed to advances in medicine, the evolutionary demographers that conducted the study believe this is merely evidence of humans evolving through natural selection, giving rise to a future of super-agers. 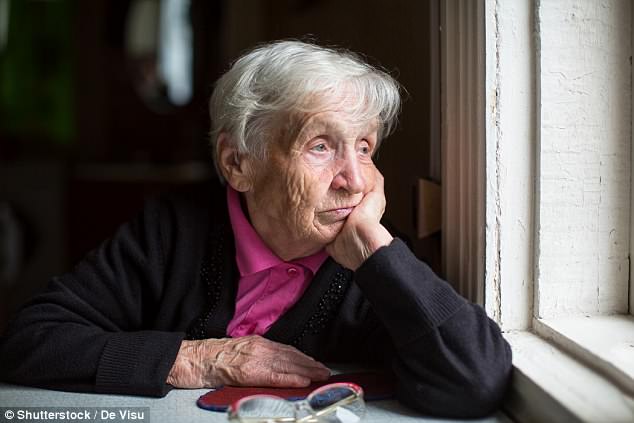 The new research suggests human lifespan is still extending, and people who reach 105 have a good chance of making it another five years at least (file image)

‘Our data tell us that there is no fixed limit to the human lifespan yet in sight,’ said study senior author Kenneth W Wachter, UC Berkeley professor emeritus of demography and statistics.

‘Not only do we see mortality rates that stop getting worse with age, we see them getting slightly better over time.’

The study is controversial. For years, demographers have disagreed on whether mortality rates really do steadily rise as we age, or level out at a certain point – as is the case with lab animals such as fruit flies and worms.

Until now, the only studies suggesting death risk drops have been small, and accused of lacking in evidence.

However, the new study published today led by the Sapienza University of Rome and the Italian National Institute of Statistics – with input from UC Berkeley – is being hailed as one of the most substantial studies showing there is a plateau.

There is a reason this study is on Italians, according to Wachter.

Unlike most other countries, the nation (which has the second highest rate of centenarians in the world after Japan) requires citizens to provide yearly updates on their wellbeing.

‘Italy is likely to have the best data we have,’ Wachter said.

The study showed that people between the ages of 105 and 109 (semi-supercentenarians) had a 50 percent chance of living or dying within the year, and were expected to live at least another 1.5 years.

They were stunned to see that it was exactly the same statistic for 110-year-olds (supercentenarians), showing them that death risk had plateaued.

Wachter said this is a clear indication that we are evolving towards an even longer average lifespan.

‘What do we have in common with flies and worms?’ he asked. ‘One thing at least: We are all products of evolution.’

The study was immediately called into question, particularly by researchers of papers that found there is a limit to human life.

Brandon Milholland, an aging researcher in the Department of Genetics at Albert Einstein College of Medicine, published a study in 2016 which concluded that we have already reached our maximum lifespan.

People who reach 110 today have no greater life expectancy than those who lived to 110 in the 1970s, he said in his paper.

Reflecting on the new study, Milholland said it was an interesting concept to contribute to aging research – but he harbors reservations about the methods used to draw these conclusions that human lifespan is still extending.

Primarily, he takes issue with the fact that the research was done on just seven years in one nation. Secondly, he questions the decision to only look at whether death rates are rising or leveling out – as has been seen in lab animals.

Milholland believes, if anything, it may be something in the middle.