DR MAX THE MIND DOCTOR: How narcissism is a trait Donald Trump shares with all high flyers

For dedicated Trump watchers, the past ten days have delivered some riveting scenes. In Brussels, he ripped into his Nato allies with characteristic bombastic swagger for failing to pay their way on defence.

In London, the U.S. President ignored diplomatic etiquette with a wounding personal attack on Theresa May over Brexit — and then brazenly denied having done so. And when he met the Queen at Windsor, he appalled courtiers by turning his back on her and walking ahead as they inspected troops.

Finally, there was his simpering encounter with Vladimir Putin in Helsinki, during which he now claims to have ‘misspoken’ about Russian involvement in the 2016 U.S. election. 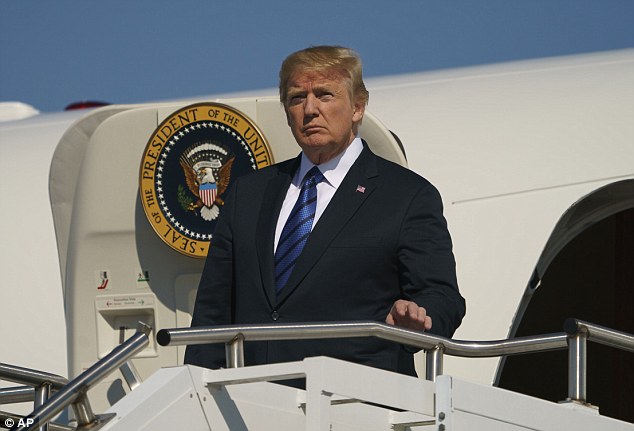 or dedicated Trump watchers, the past ten days have delivered some riveting scenes. In Brussels, he ripped into his Nato allies with characteristic bombastic swagger for failing to pay their way on defence

He’s angered much of America and even been accused of treason. Yes, the Great Disrupter was on cracking form.

But Donald Trump doesn’t give a damn, as he’s shown by inviting Putin to the White House — an announcement that came as something of a shock to his top spy chief yesterday.

We’re heading for a sci-fi nightmare

I’m sure that many readers of this column will find the idea of genetically modified babies deeply unsettling.

Yet this week, the Nuffield Council on Bioethics — which is made up of senior geneticists, ethicists and lawyers — said that new gene-editing techniques should not be restricted to curing inherited disease.

Instead, the Council decreed that it would be ‘morally permissible’ in the future to use such techniques to ‘enhance’ humans (providing that they do not disadvantage the baby).

I don’t agree. Firstly, when it comes to genetics, we know very little. While scientists have mapped the human genome, we are still largely ignorant about the way genes interact.

They aren’t static: genes are constantly being modified and switched on or off via complex biochemical reactions taking place in cells.

So playing God and manipulating genes without really understanding the consequences is surely asking for trouble. And by making these techniques widely available, we run the risk of creating a two-tier society in which the wealthy will one day be able to ‘buy’ physical or mental characteristics that bestow advantages on their offspring.

Yes, it’s the stuff of science-fiction nightmares, but it’s a step nearer now, thanks to ‘experts’ who don’t seem to understand that just because we can do something doesn’t mean we should.

And, for some observers, the posturing, the rule-breaking and the disregard for any version of the truth except his own were further evidence that this president is a full-blown narcissist (a person who has excessive interest in themselves and little empathy with others).

A few clinicians go further, diagnosing him with narcissistic personality disorder. But leaving aside the questionable ethics of making a diagnosis without an examination, I disagree. For a diagnosis of ‘personality disorder’, there must be evidence that the individual’s life is severely affected and causes them distress and impairment.

Well, that’s clearly not the case with the ever-ebullient President Trump.

In fact, this discrepancy is at the heart of a fierce debate in psychiatry about narcissism in general: should it even be considered a psychiatric condition when, as I will explain, it confers so many advantages on the ‘victim’?

In the U.S., narcissism is a legitimate diagnosis of a mental disorder, but not in the UK, which follows the diagnostic guidelines of the World Health Organisation (WHO). The WHO takes the view that people can be narcissists without being mentally ill.

Key indicators of a narcissistic personality include grandiosity and an expectation of superior treatment by others; a fixation with power, success, intelligence and attractiveness; a self-perception of being special; a need for approval; exploiting others to achieve personal gain; an unwillingness to engage with the needs of others, and so on.

Trump certainly shows many of these characteristics — but then, so does practically every politician and celebrity on Earth, to varying degrees. Most of the high flyers I’ve come across have ticked a few of the boxes, if not all of them. Far from being negative, narcissism helps people get on in life.

A steely belief in yourself and what you’re capable of is an essential ingredient in actually achieving things, as are self-confidence and determination.

Of course, it’s a delicate balance, and an excess of these qualities will no doubt alienate others.

But I frequently see the damage the opposite of this behaviour can cause — people with crushingly low self-confidence who feel inferior and worthless. 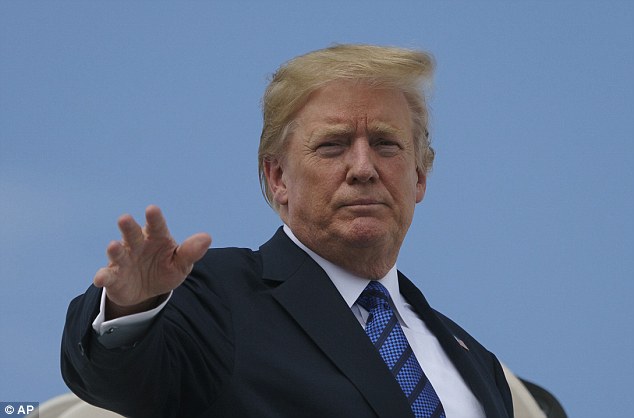 But Donald Trump doesn’t give a damn, as he’s shown by inviting Putin to the White House — an announcement that came as something of a shock to his top spy chief yesterday

Low self-esteem makes us highly vulnerable to the comments and actions of others. It underpins conditions such as depression, anxiety and eating disorders.

While consideration of others is something we should all aspire to, all too often I see those whose problems stem from a failure to prioritise their own needs. People stuck in dead-end relationships or jobs they hate because they feel they can’t do any better, or those who feel obliged to do things out of a misplaced sense of duty and then feel frustrated and angry.

I’ve had countless patients who don’t feel they are deserving of happiness or success who feel trapped and powerless.

Much of the work psychiatrists and psychotherapists do is to instill a little bit of narcissism into these individuals in an effort to ignite some sense of self-worth.

While there is much that I find objectionable about Donald’s behaviour, there are many people who might just benefit from a touch of the ‘Trumps’ — to motivate them and get their lives back on track.

Pressures of having a ‘perfect’ pregnancy

Up to 15 per cent of women develop post-natal depression.

Given that suicide is the prime cause of death in new mothers, it is a condition that is taken extremely seriously.

Most of the people I see in clinic have lives far removed from that of the beautiful, multi-millionaire socialite and fashion muse Annabelle Neilson, whose death at the age of 49 from a suspected heart attack was announced this week.

However, they do have something in common.

Annabelle had spoken of how she started using heroin as a teenager, after enduring a horrific two-hour attack in Australia by a man who went on to murder three women.

Her injuries were so bad that she needed reconstructive surgery.

‘Heroin saved me,’ she later said — adding that without the drug, she would have killed herself. I’ve heard this countless times: people who turn to hard drugs to anaesthetise themselves against the pain and trauma in their past.

It can protect them from feeling so overwhelmed that they see the only way out is taking their own life.

Of course, the relief drug addiction gives is transient and false — it simply masks the underlying problems.

NHS treatment programmes tend to focus on getting someone off the drug, rather than using therapy to help them deal with why they are on it in the first place.

I’m sure that’s why relapse rates are so high.

Yet there is little corresponding awareness of pre-natal depression — the lowness of mood that some women experience in the run-up to their due date.

A University of Bristol study reports a 50 per cent increase in the number of women suffering from ‘high depressive symptoms’ over a single generation.

The reasons are complex, but I blame, in part, the cult of the ‘perfect pregnancy’, driven by glamorous photos of expectant celebrity mothers such as singer Beyonce, model Rosie Huntington-Whiteley and Amal Clooney, wife of actor George.

Women feel pressurised to match these paragons, to appear blissfully happy and glowing with health, with neat bumps and not a hint of surplus weight gain.

But the reality is that most mothers-to-be experience a wide range of feelings in pregnancy. It can be enjoyable, but many are anxious and frazzled, especially those who are working and juggling family responsibilities.

They struggle through the day, coping with morning sickness, indigestion and exhaustion, while under pressure to keep up the pace as if they weren’t pregnant.

Several of my female friends are surgeons and worked right up until the week they gave birth.

One friend who is a trauma surgeon actually woke up in labour after a night on call.

Having fought for equality, too many women seem reluctant to ask for special treatment and just soldier on.

Is it any wonder that this affects their mood?

Pregnant women need to be kinder to themselves and ask for help if they need it, whether at home or at work.

I think they’ll be pleasantly surprised by the reaction.