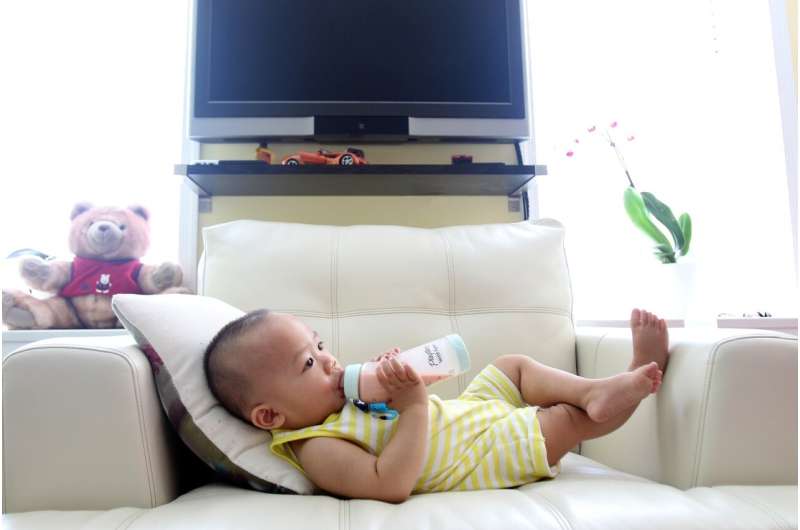 Parenting is tough: the lack of sleep, the baby that cries for hours for no reason, the toddler that has a tantrum for all too many reasons. But being a mother is often especially hard.

This isn’t just because mothers often do the lion’s share of hands-on child raising. It is because motherhood can come with an additional layer of judgment, guilt and shame.

The way people tend to think about motherhood can lead to intense pressure on mothers. It can also lead to some mothers feeling they have to criticize others’ decisions in order to defend their own.

In this way, mothers can be pitted against each other when they most need mutual support. Philosophy can’t make mothers’ lives easier by providing a cure for sleep deprivation. However, using the methods of analytic philosophy, we can identify problems in common thinking about motherhood.

This can help us to understand what might cause this judgment, guilt and shame. It might also help mothers help each other.

There are some hot-button topics in parenting conversations that almost always seem to go wrong: giving birth, feeding your newborn, introducing solid food, using “sleep training” so that your baby sleeps for longer. When these topics are discussed, we see intense disagreements and angry accusations.

Some people may imply—or even just say—that some mothers are selfish. Some may imply that other mothers are foolish martyrs suffering for no good reason.

The same features are repeated across different topics.

Polarization. Mothers are often divided into two conflicting sides. We think about breastfeeding versus formula, cesarean section versus “natural” birth, and sleep training versus co-sleeping (sleeping in the same bed as your baby).

These issues are almost inevitable in hot-button topics. However, discussion of almost any parenting decision can turn toxic and start following these bad patterns. I’ve seen it happen in a discussion of baby shoes.

So what makes these conversations go so wrong, and how can philosophy help?

These problems happen partly because of several connected philosophical mistakes in our thinking about motherhood.

First, we often mix up maternal reasons and maternal duties. Reasons are very important but quite difficult to define. Some philosophers think that reasons are the most basic building blocks of what we should or ought to do. They can’t be explained in terms of anything else.

We say that reasons “count in favor” of doing things. The fact that ice cream tastes good counts in favor of eating it. It is a reason to eat it.

A duty is something that you morally have to do. Philosophers going back to the 19th-century thinker John Stuart Mill have argued that duties are connected with guilt and blame.

We need to recognize that mothers can have reasons that aren’t duties. I can have a good reason to do something (so I am not a fool for putting in a lot of effort) without there being a duty to do that thing (so someone who makes a different choice doesn’t need a justification to avoid guilt and blame).

We can respect the marathon runner’s reasons without thinking people who do not run a marathon should feel guilty. We should be able to do the same with a mother’s reasons to, say, have a planned c-section or avoid sleep training.

Second, we assume that there is one single way to be a good mother. Family situations can be very different. Different things work for different children.

But, more importantly, mothers do not all need to think and feel the same. Different mothers can have different values and still be good mothers. These differences might seem obvious, but a philosophical analysis of common reasoning about motherhood shows that people often implicitly assume that there is only one way to be a good mother.

These are mistakes about motherhood rather than parenthood in general. We do not seem to see the same mistaken patterns of reasoning about fathers. We seem to be able to recognize that fathers have reasons without duties and that different fathers might have different values.

Other factors that pit mothers against each other are attitudes to female bodies and the lack of accommodation for parents in society. Breasts are seen as sexual. Mothers might feel that they have to justify breastfeeding, especially outside the home, by arguing that they have to do it because it is a maternal duty. In defending themselves, they can unintentionally end up shaming those who use formula.

Philosophy can help mothers by pointing out how mistakes in our thinking about motherhood pit mothers against each other. Once we recognize the patterns, we can try to avoid repeating them. We can try to react with empathy if we know why someone might be being defensive.

It’s not a simple fix. These mistakes about motherhood are deeply ingrained in our society. They influence how we think, even if we reject them intellectually. Recognizing them as mistakes will not solve everything. But it is a good start.

Provided by
The Conversation

This article is republished from The Conversation under a Creative Commons license. Read the original article.