Premenstrual dysphoric disorder (PMDD) is an extreme form of premenstrual syndrome, affecting 3–8 per cent of menstruating women. Symptoms can include depression, anxiety and suicidal ideation. Katie, 29, is a TAFE student from Western Australia. She tells her story to Evelyn Lewin

“I had a really tough pregnancy with my son Noah, who’s 22 months old.

After the pregnancy, I would have these two or three days, every now and then, that I called ‘dark days’ which would just suck the life out of me. I describe it almost as like the dementors in Harry Potter; it was like a black hole. 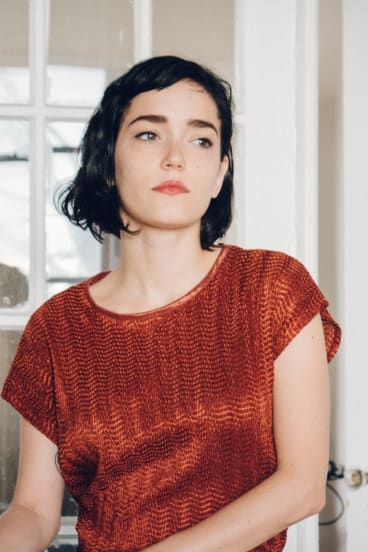 This was not PMS, or even postnatal depression.

I would just completely write myself off and ignore the world. I became very down, very moody, very sullen. It was almost like a tunnel where you can’t really see the end of it.

When I spoke to people [close to me] about it they’d go, ‘Oh, that’s just being a new mum’. I understand needing to take some time out but this was a very different thing. It was like I had no control over it whatsoever. And they were like, ‘Maybe this is PND [postnatal depression]?’ and I was going, ‘No, it’s not, because it’s just those few days where I feel very different to the rest of the time.’ Just after Noah’s first birthday, I started getting really physical symptoms. My breasts started swelling – they could easily swell over a cup size in a night – and they were incredibly painful. I also developed a very heightened sex drive. I’d been single since I was 20 weeks pregnant. But, after Noah turned one – and this is where it went from manageable to unmanageable – I met someone. We spent about ten days together before he told me he wasn’t ready to commit.

I was okay about it. Sad, but okay. Two days later, I went on this spiral downwards. Within a day I’d gone from being ‘sad but okay’ to being hysterical, crying, driving for hours on end. I started to feel suicidal.

The next morning I couldn’t get out of bed. Then, time was a blur. Mum took me to hospital and they admitted me into the mental health ward. I assumed I was having a mental breakdown. The possibility of having bipolar was brought up and I said straight away, ‘No, it’s something different’.

I got my period the day after being admitted. Within 24 hours of getting my period, I was out of that hole; back to my rational self.

The next time it happened it was something silly to do with my mum, I don’t remember what, but my response was this anger where I could feel myself wanting to just hit her or lash out. It was this physical feeling in my blood. I thought, ‘I’m going to have a shower and then I'll take myself to hospital’. When I went to have a shower, my period had just started. Within an hour or so I could feel those feelings wash away.

That was when I thought, ‘This has to do with my period’. I called a helpline and the counsellor said, ‘I’ve seen people with this before and they’ve been treated and you’ll be okay’.

She couldn’t remember the name of the problem but said it’s something premenstrual. So I quickly Googled and it came up with the name ‘PMDD’ [premenstrual dysphoric disorder] and she said, ‘Yes, that’s it.’

I started tracking my moods and when I showed my doctor she said, ‘Without a doubt you have PMDD.' The relief was phenomenal, the moment I realised [what was happening].

It’s now been just over two months since having the Mirena [Katie had an IUD inserted to treat PMDD]. I had a three day ‘down’ cycle after it was inserted, but nowhere near as bad as what it normally was.

Since then I’ve been fine. This is the longest I’ve gone since having Noah where I haven’t had an interruption in my month. The difference is just amazing; I just hope to God that it stays.

As the months have gone on, though, I keep thinking, how many women out there have been wrongly diagnosed when they really have PMDD?