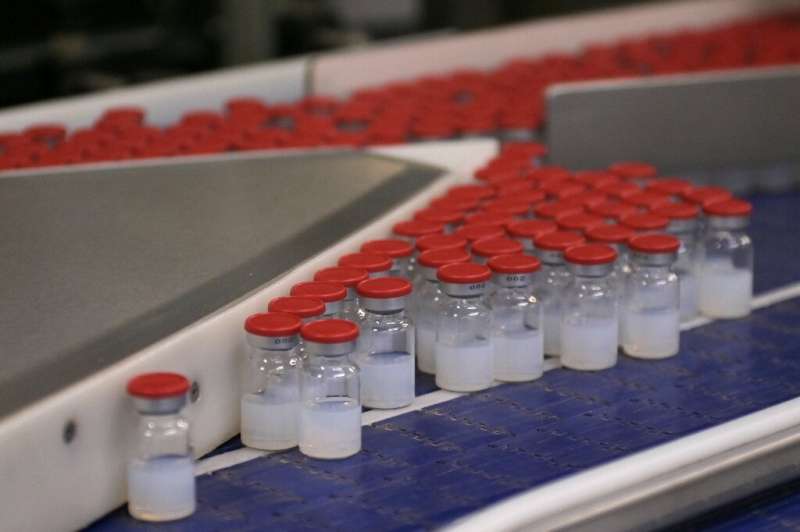 India authorised the emergency use of Moderna’s COVID-19 vaccine on Tuesday as it seeks to ramp up inoculations in the wake of a record-breaking surge in infections and deaths.

The vast nation of 1.3 billion people was hit by a massive spike in coronavirus cases in April and May that pushed the healthcare system to breaking point.

Moderna’s shot is the fourth to be approved by New Delhi after Oxford-AstraZeneca’s Covishield and Covaxin—which was developed by Indian firm Bharat Biotech—and Russia’s Sputnik V.

“I am pleased to inform that an application received from Moderna through an Indian partner of theirs, Cipla, has been granted EUA (Emergency Use Authorisation),” Vinod K. Paul, a member of government advisory body NITI Aayog, said at a health ministry briefing.

Paul added that the approval—the first for an mRNA vaccine in India—would pave the way for other foreign-made shots to be imported into the country, with efforts to get Pfizer and Johnson & Johnson doses ongoing.

Modern’s chief executive Stephane Bancel said the authorisation would mark an “important step forward in the global fight against the pandemic”.

“We are committed to making our COVID-19 vaccine available around the world,” he added in a statement by the Cambridge, Massachusetts-based company.

A small number of Sputnik V shots were imported into India after the drug was approved in mid-April, but the majority are expected to be manufactured within the country, like Covishield and Covaxin.

India said two months ago that it would fast-track the approval of vaccines manufactured outside the country that have already been granted emergency use authorisation by major regulators such as the US Food and Drug Administration.

The government has been under pressure to speed up its flagging inoculation drive by allowing the import of foreign-made shots such as Pfizer and Moderna.

“We should have as many vaccines and alternatives as possible,” said Dr. Rakesh Mishra, the former director of research body the Centre for Cellular Molecular Biology, who welcomed the approval.

Anant Bhan, a senior researcher in health and bioethics, said that the Moderna vaccine—which needs to be stored at minus 20 degrees Celsius (minus four Fahrenheit)—was unlikely to be for mass use due to its cold-chain requirements and higher price tag.

Rival jabs like the Covishield vaccine—which is the main shot used in India—can be kept at normal refrigerator temperatures of between two and eight degrees Celsius (36-46 Fahrenheit).

“It’s primarily going to be used in the private health sector largely present in the cities. There, they can manage and build to meet some of its storage requirements,” Bhan told AFP.

“It is a welcome decision but the question is also what it means in terms of access, number of doses and price point. We will have to wait and watch for that.”

More than 329 million doses have been administered since the mass coronavirus vaccination programme kicked off in mid-January.