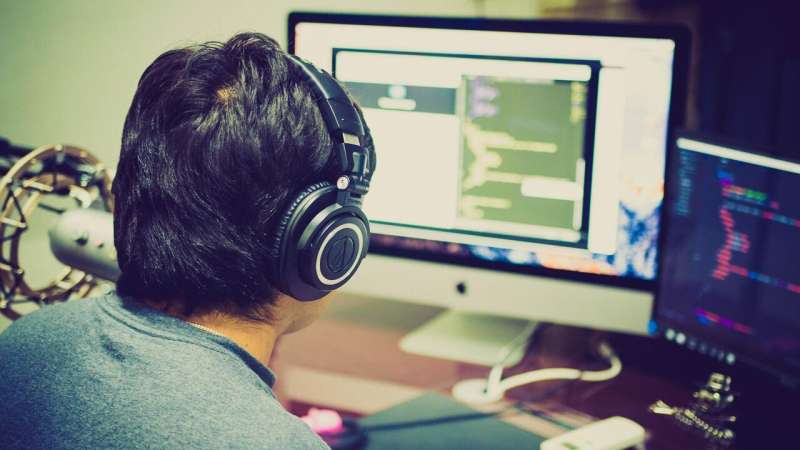 Using the internet frequently during the height of the pandemic has been linked to poorer mental health for young and middle-aged men—but not for women of the same age, a new study has found.

Researchers from the University of Exeter Business School examined the relationship between mental health and internet use in September 2020, six months after the start of lockdown in the U.K.

The researchers found frequent internet use to be a risk factor for poorer mental health among men under the age of 59 (the study’s median age), who scored 6 percentage points higher than the average score in the mental health screening.

But frequent internet use among younger women (under the age of 59) was found to be a protective factor for mental health, with these participants scoring 7 percentage points below the average GHQ-12 score.

The researchers collected data on how frequently we used the internet during the pandemic and for what purpose, which they categorized as “functional” (email, online shopping and banking), “leisure and learning” (streaming videos, music and online education), and “social” (social media and gaming).

They found that among younger women, using the internet for social purposes was associated with better mental health, documenting decreases in their GHQ-12 score of 0.44 units (around 4% lower than the study’s average GHQ-12 score).

Among younger men, using the internet for leisure and learning purposes was associated with worse mental health. The researchers reported increases in the GHQ-12 of 0.50 units (around 4% higher than the study’s average GHQ-12 score).

Climent Quintana-Domeque, Professor of Economics at the University of Exeter Business School, said: “Our analysis suggests that younger women may have benefitted from using the internet more often during the pandemic, while it was a risk factor for younger men.

“Internet use could help younger women in the social dysfunction dimension by allowing them to be in touch with their close friends, family and social networks.

“But for younger men, who are more likely to use the internet to watch videos and listen to music, reducing online activity and increasing offline socializing with family and friends may be associated with better mental health.”