The family of a father-of-four have been left devastated after he had to be sectioned when two deadly brain tumours triggered a bout of psychosis.

Curtis Jacques, 43, from Cosby, Leicestershire, was the ‘life and soul of the party’ before he lost control of his legs while behind the wheel last March.

After being rushed to Leicester Royal Infirmary, Mr Jacques’ loved ones were told he had cancer and just six months to live. Eight months on, the former businessman could die at anytime.

And the nightmare did not end with his diagnosis. Mr Jacques had to be sectioned after a psychosis episode led to him being restrained by six police officers last July.

While unsupervised, Mr Jacques has flooded his house, fallen and even walked on broken glass. 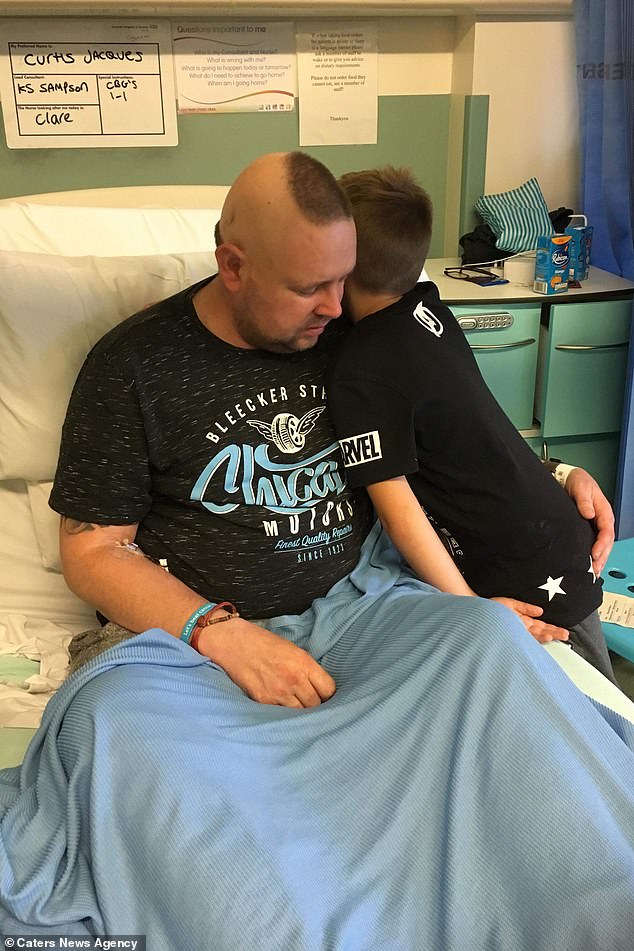 Father-of-four Curtis Jacques became a different person after doctors discovered he was suffering from two terminal brain tumours when he crashed his car. Pictured in hospital with one of his sons, he was sectioned when a psychosis episode took six officers to restrain him 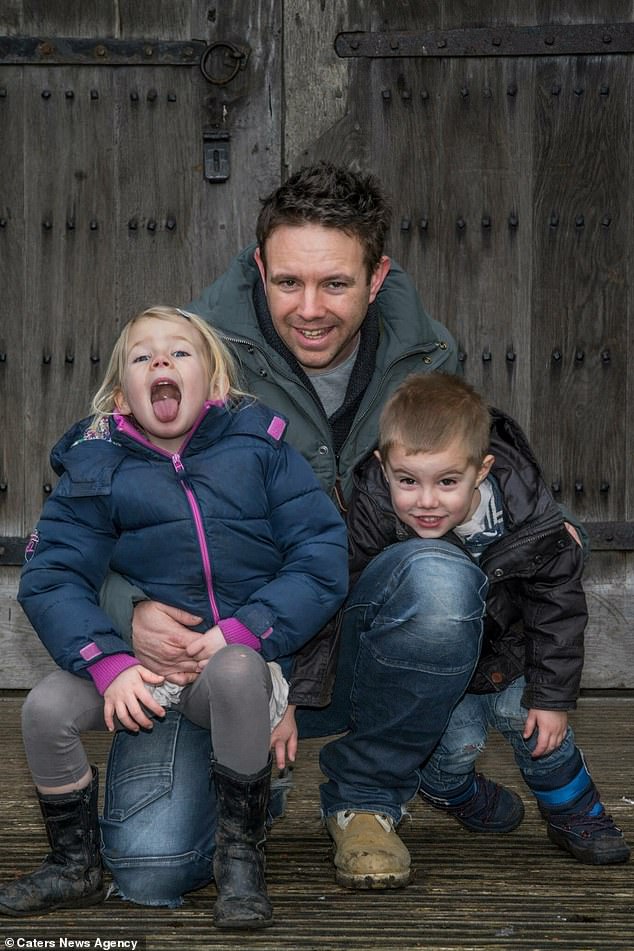 Pictured before he was diagnosed with his daughter Olivia, 10, and eight-year-old son Harrison, Mr Jacques’ family claim he used to be ‘the life and soul of the party’. He now becomes easily confused, struggles to remember things and is constantly exhausted 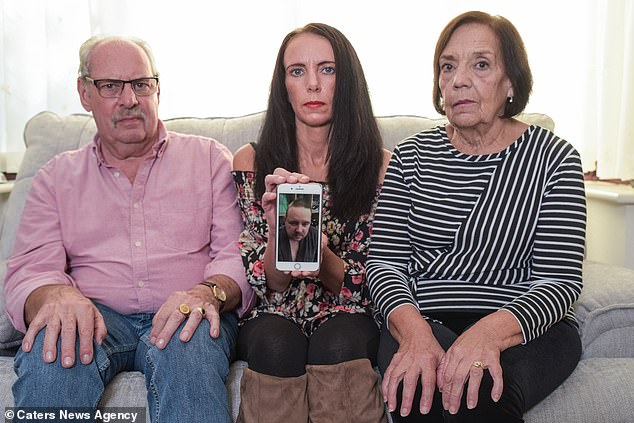 Mr Jacques’ sister Nicole, 42, (pictured centre holding a picture of her ill brother) claims he has been let down by the council who provide a carer for just 45 minutes three times a day. His father Peter (left), 74, described it as a ‘nightmare’. His stepmother Christine Neal, 79, is right

Speaking of Mr Jacques before his diagnosis, his sister Nicole, 42, said: ‘Curtis was a happy, healthy, fun loving guy with a great sense of humour.

‘He was an amazing person loved by many. He very confident and outgoing and so handsome.’

‘He gets very confused, he forgets things, he has no energy anymore. He is a totally different person to who he was.’

Mr Jaques is father to Luke, 16, as well as Olivia, 10, Harrison, eight, and six-month-old Jack, who have a different mother to his eldest son.

Although he is home, Mr Jaques is not well enough to be left alone with his children, who also find his condition upsetting.

All the youngsters live with their mothers. Mr Jacques separated from the mum of the three youngest children before he became unwell.

‘Olivia has found this very hard to deal with as she’s not been able to hug Curtis,’ Nicole said.

‘Harrison misses his dad but doesn’t really understand everything that is going on.

‘Curtis hasn’t seen his baby Jack for nearly seven weeks now and this distresses him deeply.’

As well as affecting his children, Mr Jacques’ diagnosis has shaken all his loved ones.

‘Obviously it has placed a lot of stress on the family,’ Nicole said.

‘We still all stand united even though we are exhausted as we need to do the best we possibly can for Curtis.’

His father Peter Jacques, 74, added: ‘It’s been devastating. It’s just been one nightmare after another.’ 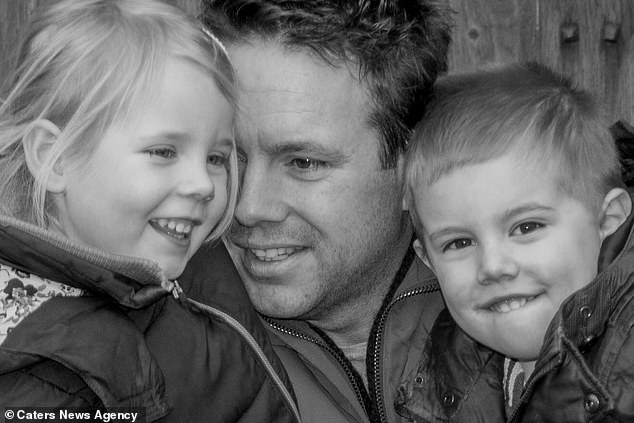 Although Mr Jacques is now home, he still has limited contact with his children. Pictured before he became ill, Olivia has struggled with not being able to hug her father, while Harrison misses his dad but does not fully understand what is going on, according to Nicole 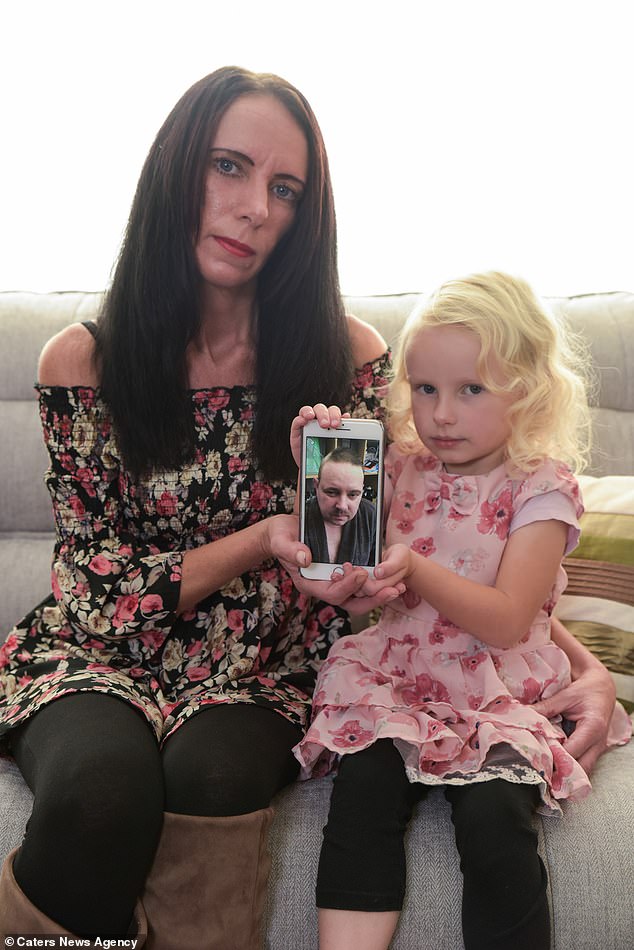 Nicole, pictured with her four-year-old daughter Isabelle Carnachan, claims the ordeal has placed a huge amount of stress on her whole family, who have been left exhausted by it

Mr Jacques’ family claim he requires constant care and is being let down by the council.

‘We want to keep him safe as he is unaware of everyday dangers in the home.

‘He doesn’t call for help if he gets in trouble even though he wears a panic button around his neck.

‘He won’t use it, he struggles to use his phone and will only occasionally answer.’

Mr Jacques’ family are speaking out to fundraise towards him receiving care at home for the little time he has left.

‘We want Curtis to have the best quality of life with the time he has left,’ Nicole said.

‘We don’t want this situation to ever happen to anyone else again.

‘It is truly unfair for a man with two terminal brain tumours what he has been put through by the NHS.’ 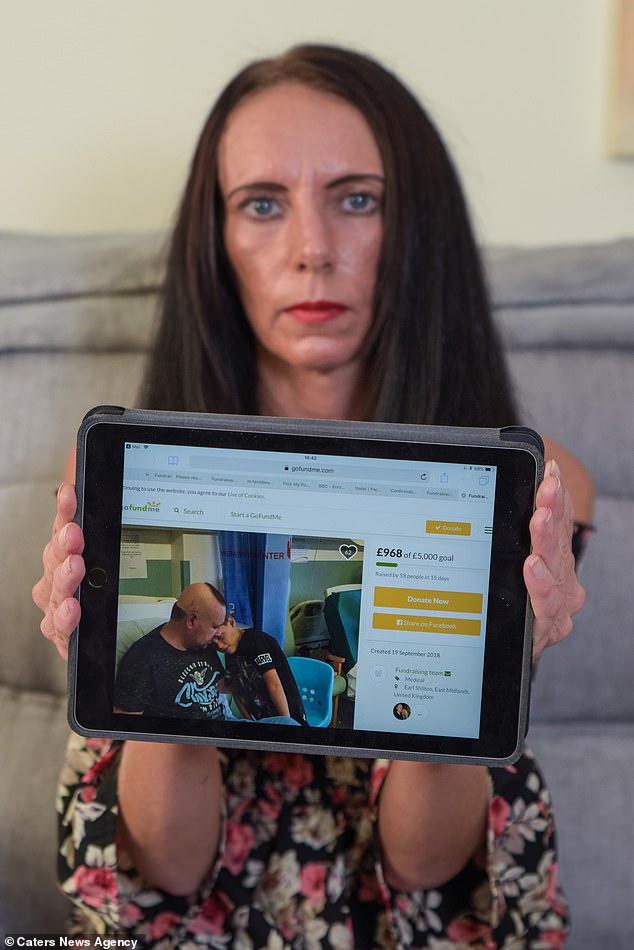 She is speaking out to raise money towards her brother having a live-in carer. He was given just six months to live when diagnosed and his family want him to have the best quality of life possible with the limited time he has left. They are hoping to raise £5,000

A Leicestershire County Council spokesperson added: ‘We have and will continue to work closely with Mr Jacques, and his family, as well as work with NHS colleagues, to ensure he has the right care and support in place.

‘We have met with the family this week to discuss concerns they had and have agreed on appropriate care arrangements to meet Mr Jaques current requirements.’

A spokesperson for Leicestershire Partnership NHS Trust said: ‘We are sorry to hear of these concerns and, while it would be inappropriate for us to comment about the care of a particular individual, the care, wellbeing and safety of people in our care is paramount in our trust.

‘We have stringent protective procedures in place to ensure we act in their best interests when admitting someone to one of our mental health wards.

‘We have to follow a strict legal framework before admitting a patient under Section 2 of the Mental Health Act. This requires an independent assessment by an approved mental health practitioner from the local authority and two medics.

‘Following admission we work closely with our Mental Health Act Office to ensure patients under section are cared for appropriately, including advice on how they can apply for a review of the section.

‘During their stay we work closely with families and the patient, along with other relevant agencies, to start planning for when they leave hospital, including agreeing a care plan which might include the support of a community-based service and/or their GP.

‘We would encourage any relative with concerns to get in touch with us directly so they can have the opportunity to discuss them with us.’