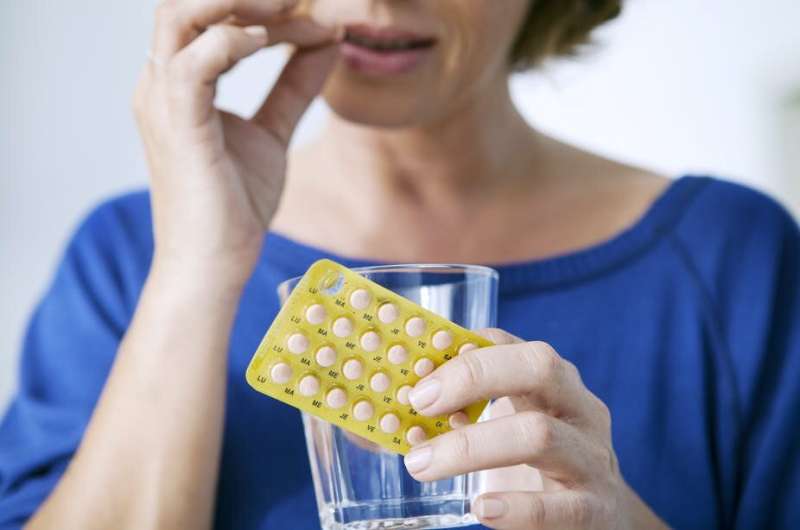 Many women expect hot flushes, dry skin and night sweats when they reach the menopause. But the effect the menopause can have on the brain is rarely mentioned. This is something a recent Channel 4 documentary presented by Davina McCall explored.

The documentary, called Sex, Mind and the Menopause, discussed how the menopause can cause a range of brain-related symptoms, including brain fog, mood changes and memory problems. It also suggested that taking hormone replacement therapy (HRT) some years before the menopause may be the solution to these problems—alongside potentially halving a woman’s risk of developing dementia.

With around 4.4 million women of working age going through the menopause in the UK, it’s clear that we need solutions to help those suffering from brain-related and other menopause symptoms. But HRT might not live up to what the documentary suggested it to be.

Around 23% of women experience measurable changes in brain function during menopause—especially to their memory. These changes typically occur in the early stages, during perimenopause (the transitional period before menopause, typically between 40 and 44 years of age when oestrogen levels begin to drop and the frequency and intensity of periods start changing).

This is something the documentary touched on, with one doctor using brain scans of perimenopausal women to show that brain activity was 25% lower compared with premenopausal women (the time before perimenopause). However, the documentary did not show viewers that these brain changes are usually temporary—often reversing a couple of years after reaching the menopause—when a woman no longer has periods. This is typically between 45 and 55 years of age.

These temporary brain changes may be caused by other menopause symptoms that can affect sleep, such as night sweats. Since sleep plays an important role in brain function, not sleeping properly could lead to concentration and memory problems. No evidence to date has conclusively shown whether or not the hormonal changes that happen during this period are the cause of brain changes in humans.

While there is good evidence that HRT can help reduce the severity of some menopause symptoms (including hot flushes and night sweats), it’s less certain whether such treatments have any long-term benefit on memory and brain function.

Another argument the documentary makes is that taking HRT can significantly reduce a woman’s risk of developing Alzheimer’s disease—the most common form of dementia. They drew on the results of an American study of over 400,000 women that showed those who used HRT had a 50% lower risk of dementia. This was especially true if they were taking natural hormones, such as oestradiol (an oestrogen steroid hormone).

But there is one key issue with this type of observational study. Previous studies have shown that women who decide to take HRT were better educated, exercised regularly, had a healthier weight and lower blood pressure and cholesterol levels compared with women who chose not to take HRT. All of these factors are known to decrease dementia risk.

While the study took these factors into account, having a good education or a healthy lifestyle may still have had a greater influence on reducing dementia risk than taking HRT by itself during the menopause did.

While a large UK study showed that taking HRT during the menopause can lower a woman’s risk of being diagnosed with dementia, this effect was much smaller (only around 8-12% lower)—and was only seen in women taking the hormone oestradiol. It is worth noting that this study looked a both women who had experienced natural menopause as well as those who had early menopause because of surgery. It’s believed that premature surgical menopause (before the age of 40) increases dementia risk unless these women take a replacement oestrogen treatment—such as oestradiol. So while the study showed lower dementia risk in some women taking this hormone therapy, this might only have been the case for those who had an already elevated risk because of early menopause. It’s also worth noting that overall, there was no association between taking hormones during the menopause and dementia in the UK study.

This UK study also showed that taking oestrogen alongside progesterone (the standard hormone treatment for the menopause prescribed to women who still have a womb), either eliminated the beneficial effect of oestrogen treatment alone—or even increased the risk of dementia slightly. Previous studies have also shown an increased risk of dementia when taking a combination hormone—though this risk was typically seen in women who were over 60 or if they were taking hormones for more than ten years. Giving these older women sex steroids has been associated with negative effects, accelerating damage to the brain cells.

It’s also worth noting that taking combined hormone treatments for more than five years is linked to a greater risk of breast cancer—though this risk is small, especially when compared with, say, the risk of cancer from being overweight or smoking. As such, most medical guidelines suggest that taking combined hormones for menopause symptoms is safe for up to five years after the menopause.