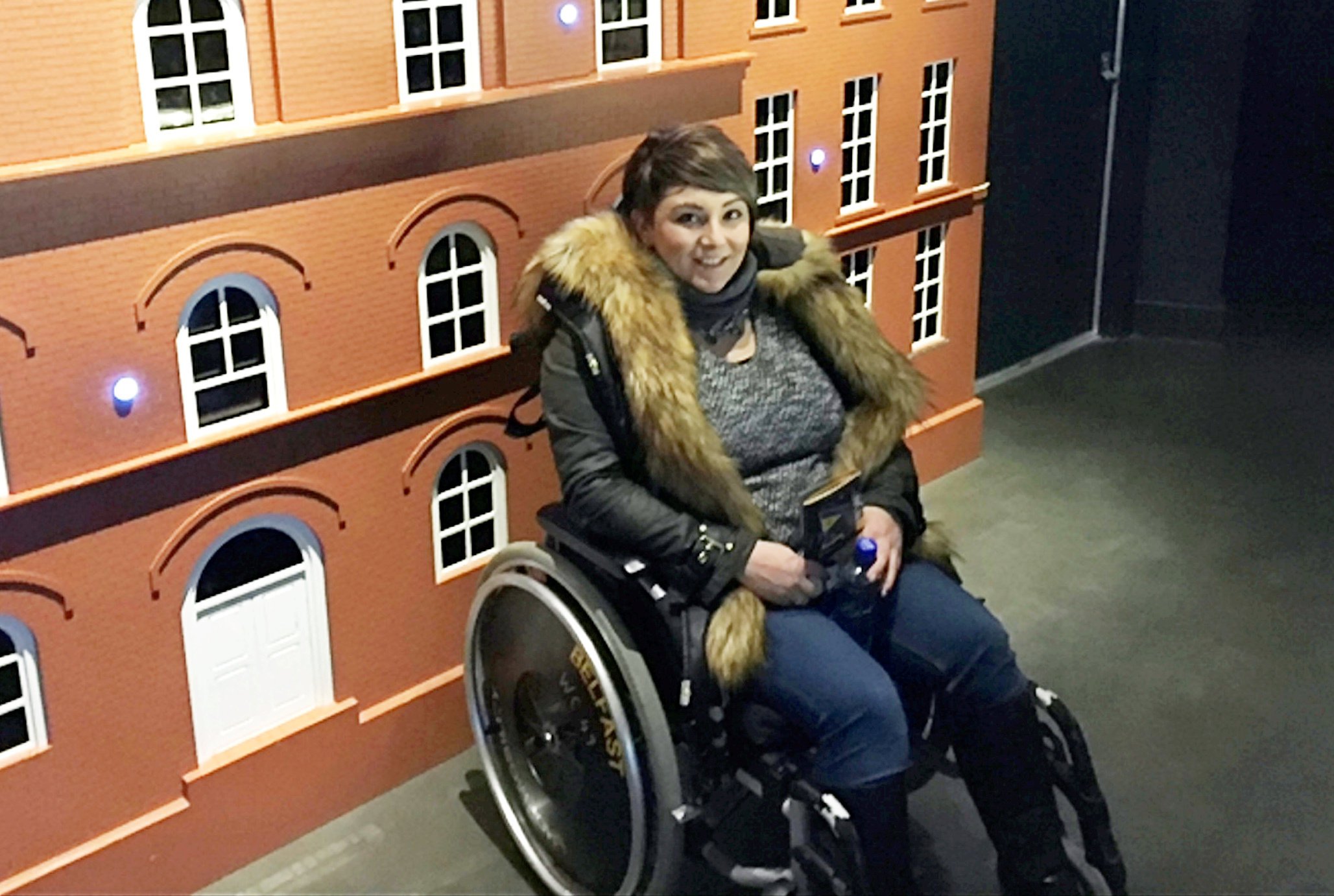 A mum who has been left in a wheelchair because of extreme pelvic pain in pregnancy says doctors can’t tell her if she will ever walk unaided again.

Steph Cullen, 33, was diagnosed with symphysis pubis dysfunction (SPD) in February this year while she was 16 weeks pregnant with her second child.

SPD is a common condition in pregnancy that causes symptoms like stiffness or uneven movement in the pelvis joints, but Steph’s pain became debilitating overnight and she had to use crutches and then a wheelchair to get around.

Steph, from Bristol, has even had to install handrails around the house and a shower seat in the bathroom as she was unable to stand unaided.

This isn’t the first time Steph has experienced Spd. During her first pregnancy with daughter Ciara in 2015, she struggled with the same condition and used a wheelchair from 25 weeks along.

The mum-to-be says doctors don’t how this second pregnancy will affect her mobility, and she now fears she might be permanently disabled.

‘I can’t stand for long, I can’t walk, I’m unable to cook meals or walk the dog,’ says Steph. ‘I’ve become a bit of a recluse as I can’t leave the house.

‘It’s been so severe this time around doctors don’t know how I’ll be after or if I’ll walk normally again.’

‘It’s not usual to develop the condition in the third trimester, but I had it from the first,’ says Steph. ‘I also suffer a very extreme version of the condition.

‘In severe cases the joint can rupture, so I’ve been warned to bear as little weight as possible on my leg in case I cause permanent damage.’

After her daughter arrived Steph started to regain some mobility but started showing symptoms of fibromyalgia – a condition that causes pain and exhaustion.

She hoped her second pregnancy with her son would be different, but at 12 weeks she started getting the same pelvic joint pain.

Now, currently 31 weeks pregnant, Steph can barely leave the house and only goes out in a wheelchair with help of her husband.

The pandemic hasn’t helped, and due to Covid restrictions, Steph has been unable to see a physiotherapist in person, but she has been sent exercises to do in the post.

‘It’s so difficult trying to care for and be there for my four-year-old,’ says Steph. ‘I can’t do any school runs or even really play with her.’

Steph’s little boy is due on July 8, but may arrive sooner as doctors may opt to book her in for a C-section.

Despite the uncertainty, Steph remains positive and hopes to raise awareness for other mums.

‘The condition has had a negative affect on my mental health,’she explains. ‘I don’t want to scare expectant mum’s as it’s rare to experience it so badly.

‘There’s a lot of support out there and I found help with online communities. It can be isolating but I’m lucky to have some amazing support from family and friends.’

Do you have a story to share? We want to hear from you.

Get in touch: metrolifest[email protected]