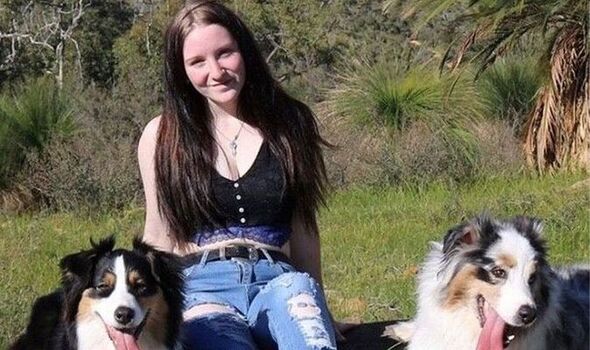 A heartbroken mother has described the devastating loss of her teenage daughter, who died just two weeks after falling ill.

Nikki Ramsay, 16, died at Hull Royal Infirmary after being suddenly struck down by sepsis, which had originally been diagnosed as a tummy problem or acid reflux. Now her mum Angi has spoken about her daughter’s heartbreaking story to raise awareness of the deadly condition.

Nikki was a fit and healthy girl who loved animals and was a keen member of the Twirlers in her home town of Withernsea. However, on Friday, March 20, 2020 she began to feel poorly. Mum Angi was twice told by the local GP surgery by phone that it was likely Nikki had gastroenteritis and acid reflux and to “wait and let it work its way out of her system”.

Four days later, Nikki’s condition got worse and she developed a rapidly-spreading rash. Angi feared it was meningitis and pressed the spots with a glass but they did not show the tell-tale signs of meningitis by remaining visible. But the rash continued to spread and Angi called 999. She was rushed to Hull Royal Infirmary.

Anji told HullLive: “Her behaviour was erratic and she seemed to be acting strangely so they decided to take her to hospital. She was blue-lighted, with the sirens going, which she loved.” After initially also suspecting meningitis, the paramedic told Angi he believed that Nikki may have sepsis. Angi said: “He asked me for permission to treat her, which I gave. Nikki was unaware that she had sepsis as she was going downhill so quickly. I had also never heard of it before so at the time it was very hard to digest what was going on. “

Angi said within the ten minutes it took to take a scan at Hull Royal, Nikki’s condition had deteriorated so drastically that she was placed in an induced coma on a ventilator. Doctors warned Angi that as a result of a tear in her oesophagus and two small holes in her lungs putting Nikki into the coma could be fatal but was her best chance to survive.

Heartbreakingly the incident had happened on the first day of the first Covid lockdown on March 24, 2020. As a result, Angi was not allowed to stay with Nikki.

She said: “The staff called me into the hospital twice in the next few days, when they didn’t think she was going to survive the night. We were told that Nikki’s kidneys and lungs were beginning to fail, and she would have to be put onto other machines to help her. She also had a DNR (a Do Not Resuscitate order) put onto her records, as the doctors didn’t think her body would be able to cope with resuscitation.”

Angi said her daughter continued to fight though and April 4, just two weeks after she first became ill, Nikki opened her eyes and was able to follow simple instructions from her nurse. “We were all so excited,” said Angi. “We suddenly had hope that she was on the road to recovery.”

But two days later Angi received another call saying Nikki’s condition had deteriorated again. Angi said: “They said that I should get to the hospital as quickly as possible. For 13 days Nikki had fought hard for her life, but it had eventually all become too much for her. At 4.24pm on Monday 6th April she passed away peacefully.”

Nikki had died from a form of rare sepsis known as Fusobacterium Necrophorum Sepsis. Angi has now decided to speak out about the family tragedy in the hope it raises awareness for Sepsis Research Feat, the UK’s leading charity supporting families affected by the condition.

Angi said: “When she died we found out that Nikki had always gone above and beyond to help people. By sharing her story I know she would approve and be so proud.”

Sepsis Research FEAT has launched a new Christmas campaign featuring the stories of families, including Nikki’s family, impacted by sepsis in order to raise awareness of the deadly condition.

Colin Graham, chief operating officer at Sepsis Research Feat, said: “Too many lives are tragically taken by sepsis every year. We want our Christmas campaign to pay tribute to those people and also their families who are living with the devastating impact of sepsis.

“Our charity and supporters fight on in their name by continuing to raise awareness and fund vital research. We are incredibly grateful to those supporters who are sharing their stories this Christmas to help others learn about sepsis and how to spot it.”

Find more information about the charity and its Christmas campaign here.

Sepsis is a potentially deadly condition and the primary cause of preventable deaths in the world. It is triggered by an anomaly in the body’s reaction to an infection when the immune system overreacts and starts attacking the body’s own tissues and organs. Any infection can lead to sepsis. Sepsis is sometimes confused with Septicaemia or Blood Poisoning.

The Sepsis Research FEAT charity helps raise awareness of sepsis, fund research and support families affected by the condition. They say the five main warning signs of sepsis are:

If sepsis is suspected contact NHS 111 or 999 in an emergency.