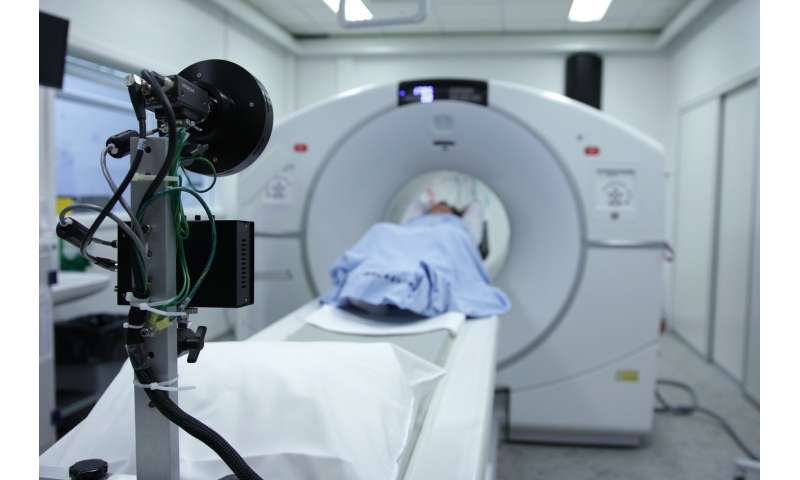 Most traumatic brain injuries (TBI) treated in intensive care units (ICU) are the result of a blunt mechanism of injury, such as falls or road traffic accidents, but a small share of such injuries are penetrating injuries caused by, for example, firearms or sharp objects.

At the initial stage, determining the patient’s prognosis and chances of recovery are challenging in both trauma types. Injuries are assessed with the help of computed tomography (CT) scans of the head. In conjunction with blunt trauma injuries, these CT findings have for a long time been classified for prognostic estimates on the basis of dedicated scoring systems. Among the most common and most accurately validated scoring systems are the Marshall CT classification and the Rotterdam CT score, as well as the Helsinki CT score developed at the Helsinki University Hospital and the Stockholm CT score developed at the Karolinska University Hospital.

“Prior to our study, the prognostic performance of these scoring systems had not been assessed in relation to penetrating TBIs. This is why we wanted to investigate the extent to which different classifications can be used in establishing prognostic estimates for these trauma types, which are rare in the Nordic countries,” says Matias Lindfors, BM, the principal author of the research article published in the Acta Neurochirurgica journal.

The low number of patients included in the study, 75, in relation to the length of the observation period, indicates the rarity of the injuries in question. A partial explanation is the very selective nature of patient material, as the majority of patients with a penetrating traumatic brain injury die before reaching hospital care. Among this patient group, the number of suicide attempts is markedly high; in 64% of those included in the study, the injury was self-inflicted.

The study demonstrated that the Helsinki CT score, developed at the Helsinki University Hospital, was clearly more accurate compared to the older systems—with an accuracy of 90%, it was able to predict whether a patient would be alive six months after the injury. The prognostic performance of the Stockholm CT score was almost as good, at 85%.

The study also assessed how much added value these classification systems bring to other factors predicting recovery, namely age, level of consciousness and pupillary responsiveness. When only considering these three factors, the prognostic performance was approximately 90–95%, thus outperforming individual CT scoring systems—no significant increase in prognostic performance was provided by any of the scoring systems.

“Our results are in line with prior findings—the significance of conventional, clinically determinable prognostic factors in penetrating TBI is of high importance,” says Rahul Raj, Adjunct Professor in Experimental Neurosurgery.

“It appears that the development of a separate scoring system tailored specifically for penetrating TBI is warranted in order to increase the accuracy of prognostic estimates,” Lindfors notes.

The prognosis of penetrating injuries has been considered fairly poor. However, according to the study, the prognosis of patients receiving active ICU treatment is comparable to that of patients with blunt TBI: 69% survived and as many as 49% regained functional independence.

Good treatment outcomes are explained, to some extent, by the fact that only patients admitted to an ICU were included in the study—those who had died before reaching the hospital were excluded. “Still, our findings demonstrate that certain patients who reach the hospital benefit from aggressive surgical and ICU treatment,” says Adjunct Professor Jari Siironen, Head of Neurointensive Care at the Department of Neurosurgery of Helsinki University Hospital.