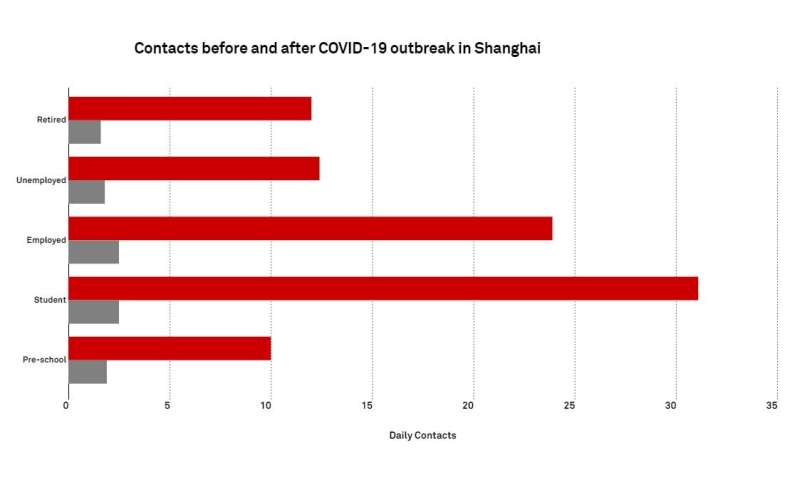 Early on in the COVID-19 outbreak, China implemented intense measures to keep people physically distant and other restrictions in an attempt to slow the spread of the coronavirus that causes the disease.

According to a study published recently in Science, those measures succeeded. In less than a month, the daily number of new cases in China leveled off, and has since slowed to a trickle.

“The reduction of contacts among the population is what has really abated the epidemic in China,” says Alessandro Vespignani, who directs Northeastern’s Network Science Institute and was involved in the work. “This is a study that shows that social distancing works.”

But in the United States, where measures to keep people physically distant from each other were in place for a month or more, depending on the state, the outbreak has slowed, but not stopped. While the number of new cases is falling in some states, it is rising in others.

“Things are going down in the United States, but slowly; we are on this plateau in Europe; in Italy, it took two months to go down,” says Vespignani, who is also the Sternberg Family distinguished university professor of physics, computer sciences, and health science at Northeastern. “So what was the difference?”

The Chinese measures were stricter, which gave the virus fewer opportunities to jump to a new person. The number of contacts among people fell by a factor of between seven and nine during the lockdown, Vespignani says, and almost all of those contacts were within a household—people came into contact with each other only in their homes.

“That is, indeed, a very effective way of curbing the epidemic,” Vespignani says. The virus may still spread to others in the household of an infected person, but it won’t be able to reach any further. If there are no new people to infect, the epidemic will die out. 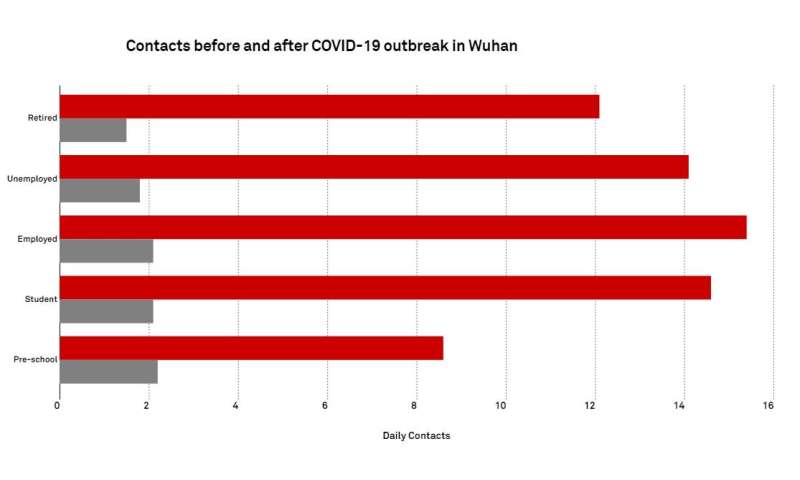 The researchers were able to see this change in the number of contacts because, serendipitously, a group of Chinese researchers had done a survey of contact patterns in Shanghai before the initial outbreak of COVID-19. They repeated this survey during the lockdown.

“We had, for the first time, the possibility of comparing the contact pattern of people in a lockdown—the Chinese mode—and the regular business-as-usual life of people,” Vespignani says.

The researchers also found that children seemed to be less susceptible to the disease, although they don’t know why.

“The only plausible way to explain the contact-tracing data that we have for China is that there is some factor that contributes to the susceptibility to infection which is different for children,” says Marco Ajelli, a computational epidemiologist who, at the time of the research, was at the Bruno Kessler Foundation in Italy and co-led the study. “So they have a reduced risk of infection for some reason.”

Children under 15 were about three times less likely to get the infection than people between the ages of 15 and 64, Ajelli says. Those over 64 for were even more vulnerable. It seems unlikely that this difference is related to the types of contacts children have: if anything, young kids are more likely to play closely with other friends or touch things without washing their hands.

“You can imagine that the kind of interaction that children have is, let’s say, more risky,” Ajelli says. “Even if it is just speculation, I would say that it is very likely this is something related to biology, and not to behavior.”