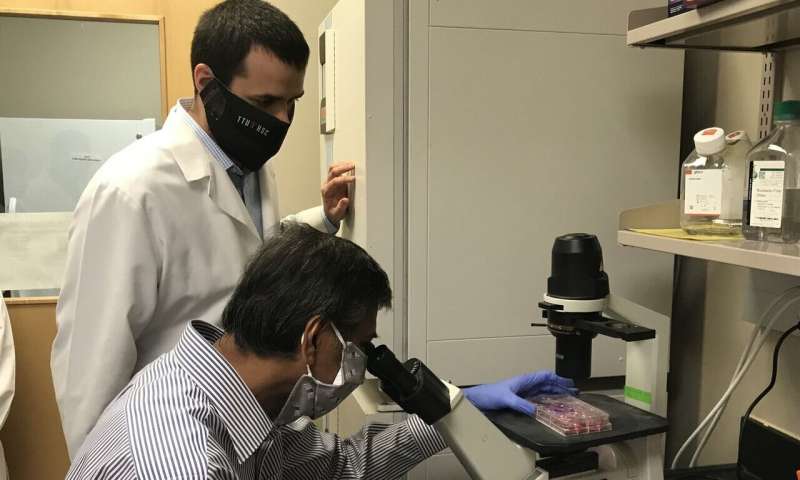 For more than a decade, Hiranmoy Das, Ph.D., has been investigating how Kruppel-like Factor 2 (KLF2), a gene that codes protein into a specific human chromosome, influences the development of bone and musculoskeletal diseases such as rheumatoid arthritis and osteoporosis.

In 2006, Das, a professor in the Department of Pharmaceutical Sciences at the Texas Tech University Health Sciences Center (TTUHSC) Jerry H. Hodge School of Pharmacy, was the first to publish research in the peer-reviewed scientific journal, Proceedings of the National Academy of Sciences, showing KLF2 regulates monocyte activation and function. Monocytes, the largest type of white blood cells in our immune system, help defend the human body from bacteria, viruses and fungi. His past research also has demonstrated that low levels of KLF2 promote osteoclast, a specialized cell that helps in the bone degradation process, a key factor in developing bone and musculoskeletal diseases as the body ages.

Homeostasis, a process by which new bone is built and old bone is removed, is maintained by two important cells: osteoclasts, which decrease bone levels by removing damaged bone; and osteoblasts, which form new bone. Through a process known as osteoblast differentiation, mesenchymal stem cells, which are found in bone marrow and fat, acquire the bone building characteristics of osteoblasts.

Das said his team used DPSCs in their latest study because DPSCs have the same characteristics as mesenchymal stem cells, which means they also can differentiate into bone building osteoblasts.

“We wanted to see what happens in the DPSCs at the KLF2 level,” Das explained. “To our surprise, we found that during the differentiation, the KLF2 level was very highly increased.”

If osteoblastic differentiation can be promoted more efficiently by inducing KLF2 in the DPSCs, Das believes those stem cells can be used to help reduce the occurrence and severity of rheumatoid arthritis, osteoporosis and other bone and musculoskeletal diseases not yet tested.