Eczema cream ‘robbed me of my twenties’: Woman, 28, tells how controversial steroid treatment for her skin condition left her feeling suicidal

An eczema sufferer has revealed she was suicidal during her two-year battle to wean herself off powerful steroid creams.

Steph Shaw, 28, from Hull, was left bedridden and jobless as she tried to overcome her addiction to the controversial medication.

Miss Shaw has suffered with the common skin condition since she was a child – but it worsened when she turned 18 and robbed her of her twenties, she claims.

Doctors prescribed her a cream to help but she believes it left her skin constantly itching and red raw, after she became addicted to it. 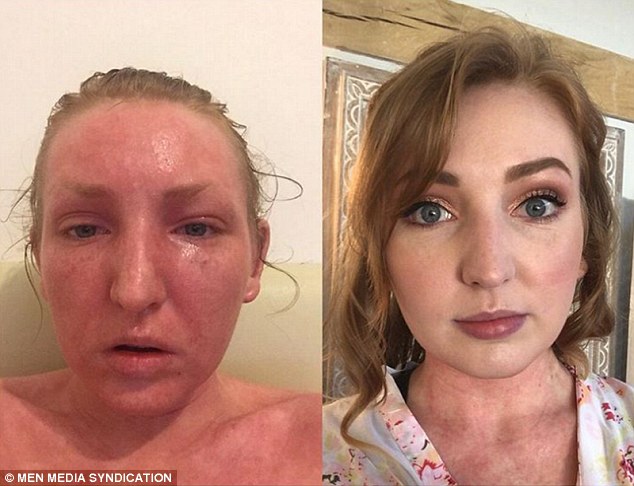 Steph Shaw was left bedridden and jobless as she tried to overcome her addiction to the medication (pictured left, four months into her withdrawal, and right, two years later)

Miss Shaw said: ‘It was only in December 2017 that I got my life back after two years of topical steroid withdrawal.

‘And every day is still a struggle because of my skin, but it is a process that I’m glad I went through.

‘I felt suicidal due to the suffering I went through, and I still get depressed, but I’m so much better than I was before.’

She added that she feels like she has been ‘robbed of my twenties’ – but remains hopeful for her future.

Miss Shaw decided at 26 that ‘enough was enough’, and made the decision to stop taking the cream after researching its effects online.

She said: ‘It got to a stage where I started getting red patches on my face after taking oral steroids.

‘I couldn’t hide my face like other parts of my skin, so I started to Google  the side effects of my medication.

‘I found a blog on topical steroid addiction that set out hormones the cream pumps into your skin can make your system lazy and stop it creating it’s own hormones. 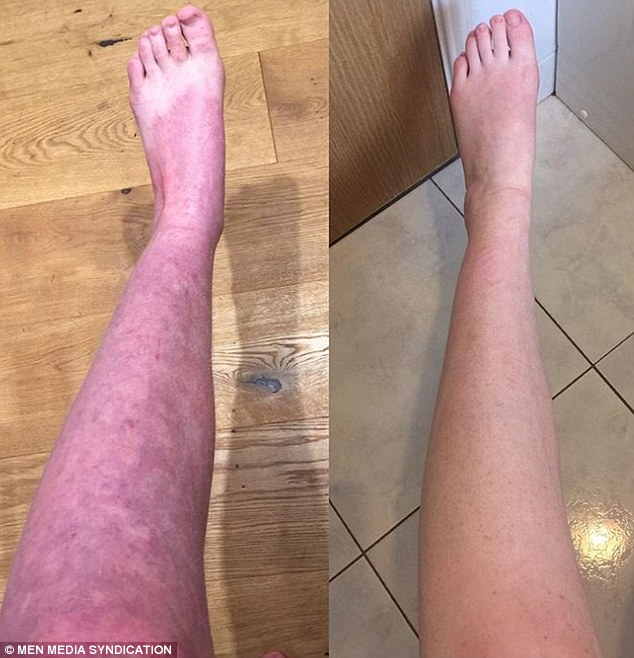 Miss Shaw continued: ‘In effect I had become addicted to the steroids to keep my skin rash free.

‘I decided at 26 years old that enough was enough and went through topical steroid withdrawal to wean myself off the addiction to the creams.’

It took Miss Shaw two years to overcome her topical steroid addiction – a theory not widely accepted by the medical community.

Some experts say the sore and itchy skin caused by eczema end up being caused by the steroid creams used to treat the condition. 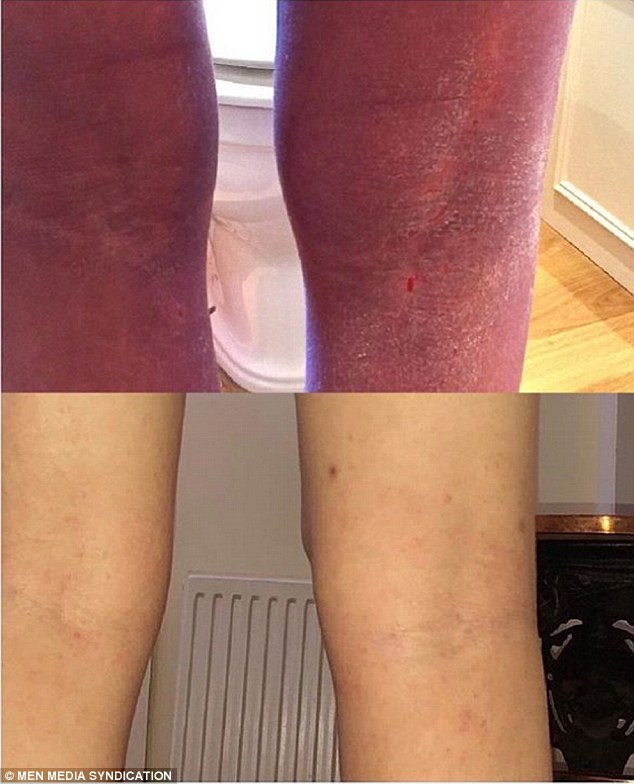 Miss Shaw’s legs became itchy and raw when she stopped using the steroid creams (top, five months after withdrawal) and she suffered suicidal thoughts during her recover (bottom, 27 months after stopping the medication)

Addiction causes a skin reaction when medication is stopped

First described in 1979 in the International Journal of Dermatology, the theory is, over time, the skin becomes ‘addicted’ to the steroids.

WHAT IS TOPICAL STEROID ADDICTION?

Topical steroid addiction arises from the use of such creams to treat conditions like eczema.

First described in 1979 in the International Journal of Dermatology, the theory is, over time, the skin becomes ‘addicted’ to the steroids. But it is not widely accepted among the medical community.

It occurs when steroids have been discontinued after a prolonged or inappropriate length of administration.

Topical steroid addiction has not been reported with correct drug use.

Excessive sweating and itching is a sign of recovery.

Doctors should advise patients to avoid long term or high dose steroid use.

And when patients stop using the creams it triggers a reaction that makes the problem worse.

The only way to break this cycle is to stop using steroid creams altogether, claim some experts.

Anti-inflammatory steroid creams are the most common treatment for the UK’s six million eczema sufferers.

Unable to work for over a year

During her agonising battle, Miss Shaw was left bed bound for five months and out of work for nearly a year and a half.

Miss Shaw said: ‘I was signed off work as I couldn’t leave the house due to the agony I was in.

‘And had to give up my dream job in retail and move back home with my parents, so that they could look after me.

‘I was in the bath for up to 20 hours a day for three months, as the pain was too much to get out of it, as my skin having contact with the water took the pain away.

‘As soon as I got out of the water, an uncontrollable itching started and I turned bright red, so I used to lay in there all day, as well as trying to sleep in the bath.

‘I was then bedridden for another five months and was out of work for nearly a year and a half while I was coming off the steroids.’

Miss Shaw continued: ‘My whole life was put on hold and my skin got a lot worse before it got better.’

‘We live in a culture of over-prescription’

She has since created an Instagram page to raise awareness of her struggle, posting pictures of her skin before and after the creams.

Miss Shaw said: ‘I believe that we live in a culture of over-prescription and that pharmacy drugs can have a much darker side to them.

‘More people with eczema should know about it. I’m beyond angry that no one is accountable for the life that I and many many others like me have lost.’