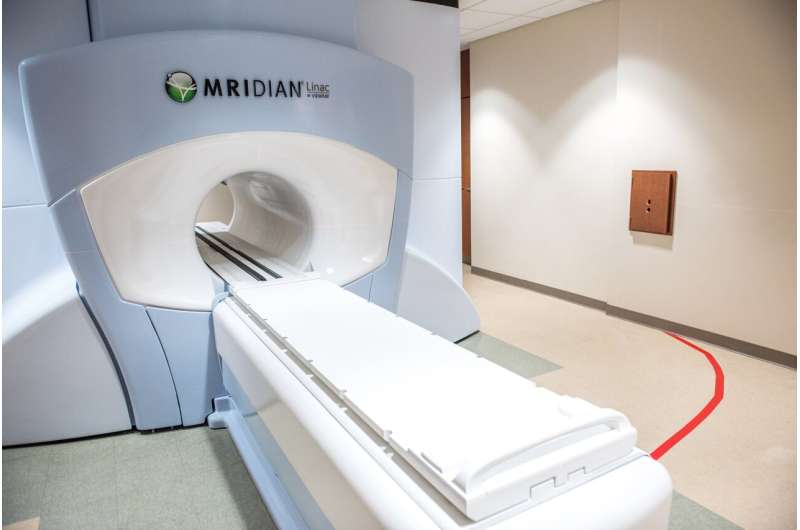 “As a pioneering institution in the field of MRI-guided adaptive radiation therapy, Henry Ford Health is thrilled to have led this novel study, which was the largest international study of ablative radiation for pancreatic cancer in the world,” said Ben Movsas, M.D., Medical Director of Henry Ford Health Cancer and Chair of Radiation Oncology. “Henry Ford was first in the world to treat a patient using the MRIdian MRI-Guided Radiation Therapy system back in 2017. Since then, we have treated many cancer patients with MRI-Guided Radiation Therapy.”

The primary endpoint outcomes from the study were presented at the 64th Annual Meeting of the American Society for Radiation Oncology (ASTRO) by Parag Parikh, M.D., the Principal Investigator of the study and Director of GI Radiation Oncology and MR-Guided Radiation Therapy at Henry Ford Cancer.

“In this study, 136 patients were treated with ablative MRIdian SMART at 13 international centers,” said Dr. Parikh. “The study’s primary outcome measured grade 3 or higher gastrointestinal toxicity, such as nausea, vomiting or abdominal pain, in the first 90 days after treatment. The study’s primary safety objective was met, with zero incidence of acute grade 3 or higher gastrointestinal toxicity definitively related to SMART treatment.”

Secondary measures of the study include overall survival, local control, distant progression-free survival, and changes in patient-reported quality of life, Dr. Parikh explained. While study patients are still early in the follow-up period, preliminary clinical outcomes data of one-year local control (meaning the stopping of cancer growth) and distant progression-free survival (meaning the length of time during and after the treatment that a patient lives with the disease, but it does not get worse) were 82.9% and 50.6% respectively. One-year overall survival from diagnosis was 93.9%.

“Our HFPCC is committed to the pursuit of scientific breakthroughs that have the potential to change the paradigm of pancreatic cancer, which at present, has one of the highest mortality rates in comparison to other types of cancer,” said David Kwon, M.D., Clinical Director of the HFPCC.

“As relentless advocates for our patients, we offer the most advanced evidence-based therapeutic options available today. We remain steadfast in our belief that outcomes for patients with pancreatic cancer can and will continue to improve through global collaboration and critical research initiatives, such as this study.”