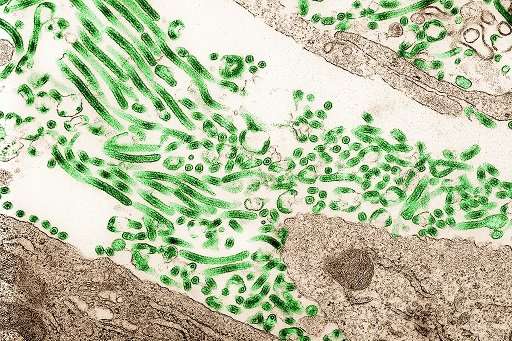 Ugandan authorities insist that an outbreak of Ebola that has killed 19 people across the country has not reached Kampala, despite a couple testing positive for the virus in the capital.

The World Health Organization says there have been 54 confirmed cases of the highly contagious viral haemorrhagic fever since the outbreak was first reported in the central district of Mubende on September 20.

Only one fatal case had been recorded in Kampala, a 45-year-old man who fled Mubende after a relative died, and sought out the help of a witchdoctor before travelling to the capital where he died.

Health authorities on Thursday said the man’s wife also tested positive for Ebola shortly after giving birth at a health clinic in Kampala, a city of 1.5 million people.

But despite this new case, Health Minister Jane Ruth Aceng stressed that Kampala was still considered Ebola-free because the woman, and her husband, were exposed to the virus in Mubende.

“I want to state very clearly that this does not mean Kampala has Ebola,” Aceng told reporters on Thursday.

“Cases that were already listed in Mubende remain cases of Mubende. Unless Kampala generates its own cases that start within Kampala, we cannot call that a Kampala case.”

Health officials have not commented on the status of the baby born to the woman who tested positive.

The health workers who attended the birth are under medical observation in an isolation facility at Kampala’s main hospital where they will remain for the next 21 days, Aceng said.

Ebola is spread through bodily fluids, with common symptoms being fever, vomiting, bleeding and diarrhoea.

Outbreaks are difficult to contain, especially in urban environments.

Life has continued as normal in Kampala, though some schools have introduced hand washing facilities that became widespread during the coronavirus pandemic.

President Yoweri Museveni on Wednesday ordered traditional healers to stop treating sick people in a bid to halt the spread of Ebola, and ordered police to arrest anyone suspected of having contracted the virus who refused to go into isolation.

Uganda’s last recorded fatality from a previous Ebola outbreak was in 2019.

The particular strain now circulating in Uganda is known as the Sudan Ebola virus, for which there is currently no vaccine.