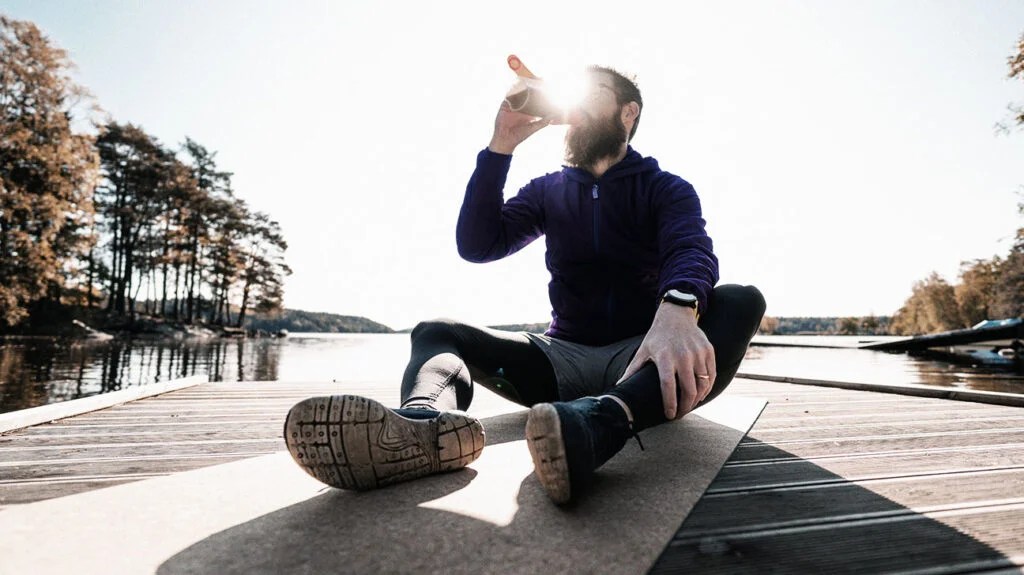 A new study reveals that when people with type 2 diabetes consumed a small drink — a 100 ml shot — containing 15 grams of whey protein 10 minutes before their meals, they had reduced post-meal glucose excursions away from balance, as well as more balanced and healthy daily blood sugar levels.

In addition, participants experienced two additional hours per day within euglycemia, a state of balance in which blood glucose remains at healthy levels.

“Two hours is a clinically significant amount of time,” Dr. Diana Isaacs at the Cleveland Clinic in Ohio told Medical News Today, “and if this can prove to be sustained beyond the seven days as measured in the trial, this may have the potential to reduce the risk of diabetes complications such as problems with the eyes, kidneys, and nerves. Larger trials would be needed to confirm these benefits, though.”

The study was published in BMJ Open Diabetes Research & Care.

In type 2 diabetes, the body doesn’t produce enough insulin, a hormone that keeps the amount of glucose (sugar) in the blood under control. It is typical for blood glucose levels to rise after eating, as insulin sends sugar into muscle and tissue cells for energy.

Type 2 diabetes is controllable, although not without effort or often expensive medication. As Dr. Isaacs said:

“Medications are becoming increasingly expensive, and despite new medications with tremendous benefits, people still struggle to reach their glucose targets.”

“We are seeing diabetes develop earlier in life and people living with the condition for longer, and oral medications alone are often not enough to help people meet their glucose targets over time.”
— Dr. Diana Isaacs

Endocrinologist Dr. Roma Y. Gianchandani, medical director of Diabetes Quality at Cedars-Sinai in Los Angeles, California, who was also not involved in the study, told MNT:

“In real life, it is often hard to separately eat macronutrients, for example, when we eat a burrito where everything is combined in a serving. So, if you took in some protein first — through a whey drink, for example — this would provide an alternative way to follow the advice [to consume foods in the best sequence].”

The study involved 18 individuals with type 2 diabetes. Each participant spent a week drinking the whey shot before meals, alternating with a two-week “wash out period” with no whey, for control purposes. All participants remained on their usual diabetes medications.

Forty-eight hours before the first trial week, researchers implanted the CGM device — the Dexcom G6 — in the non-sleeping side of the participants’ lower abdomen. The devices were removed between trial weeks.

Comparing traditional fingersticks to CGM devices, Dr. Gianchandani explained, “A good comparison is what we can observe in a photograph — a single image in a moment in time — versus watching a movie which offers many images over more time.”

“The CGM can check interstitial blood glucose levels under the skin every five minutes. This gives us a continuous graph of a patient’s blood glucose,” she added.

What the research suggests

Dr. Gianchandani said that the study goes to show that lifestyle interventions can be better than adding another medication to a patient’s treatment plan.

“Each drug has costs and side effects. Often, lifestyle changes can have similar effects to a drug, e.g., reducing salt for hypertension,” she said.

“[T]he addition of protein early may slow the glucose absorption, provide satiety and a feeling of fullness as was described by some of this study’s participants. This could have other benefits than just the [blood glucose] reduction in the longer run.”
— Dr. Roma Gianchandani

Dr. Isaacs also noted, “Considering that this intervention reduced hyperglycemia by 8%, there is a possibility that this could lead to less medication use.”

However, Dr. Isaacs pointed out that the study was conducted over seven days, which does not show whether this effect would be sustained over time, “including people’s willingness to drink three shots a day long-term.”

She also said that the study included only people of white, European descent, and “did not include people taking GLP-1 receptor agonists, DPP 4 inhibitors, or insulin.”

“While the results are exciting,” Dr. Isaacs cautioned, “larger studies incorporating more diverse populations over a longer period of time are needed to confirm these results and determine if they can be sustained and applicable to a more general population with type 2 diabetes.”

The researchers now also plan to investigate alternate proteins from plant sources for people with religious dietary restrictions and for vegans.