‘Women CAN’T have it all’: Expert warns women are losing their best years of fertility because of financial and career pressures – and then struggle to conceive when they do try

Financial pressures are forcing women to delay their dreams of motherhood, and many are discovering the odds are against them by the time they try for a baby, new research has warned.

American women have gradually pushed back the age at which they choose to become parents, with official figures from the Centers for Disease Control and Prevention showing that women in their 30s are having more children than those in their 20s.

On average, women in the US are having their first child at age 28.

The figures are mirrored in the UK, where the number of older mothers has soared in recent decades, with the rate for women aged 35 to 39 years and 40-plus doubling since 1990, official figures show. And today, 54 percent of babies born in Britain are to women who are 30 or older.

Now, new research has revealed the biggest barriers to motherhood are economic, with three-quarters of women surveyed blaming their financial position. 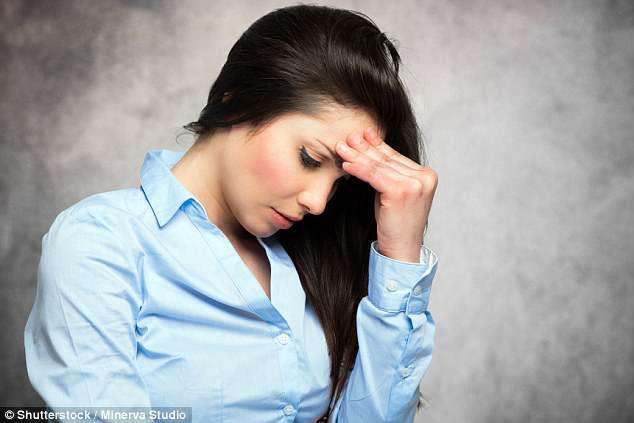 New technology has given women the option to delay childbirth to earn more money to have a family. But experts warn that decision comes with risks, and the promise that women can ‘have it all’ may not be all it’s cracked up to be

This was ranked higher than problems finding the right partner, which 59 per cent of women blamed for having to delay motherhood.

The research, involving 1,000 women aged 18-45, was commissioned by The Stork, a clinically proven at-home conception aid which helps couples conceive.

All of the women questioned were hoping to become mothers, and more than half (56 percent) thought the ideal time to start a family was between the ages of 25 and 30.

Yet three-quarters admitted that parenthood would not be part of their plans until they were in their 30s.

Just over half (51 percent) said their plans will, or already have been, influenced by their career and just under half (44 percent) said housing is, or has been, an issue.

But women’s health expert Dr Catherine Hood, a London-based NHS consultant in psychosexual medicine who has worked in the NHS for years helping couples to conceive, says many women are delaying motherhood only to find they then struggle to conceive.

Indeed, figures show that one in seven couples struggle to have children.

And while this can be for a variety of reasons affecting either partner – such as hormonal conditions or a low sperm count – Dr Hood believes women delaying motherhood is only compounding the situation.

‘Sadly, women are learning the hard way that they cannot have it all,’ she told DailyMail.com.

‘When you are juggling the competing demands of finances, career, the demands of a loving relationship and your fertility, it’s almost inevitable that something gets dropped.

‘More frightening is the fact that figures from the American College of Obstetricians and Gynecologists show that in any given month, your chances of getting pregnant at the age of 30 are about 20 percent. At age 40, it’s just five percent.’

She warns: ‘Unfortunately, by the time they feel they are in a good position to become a parent, many women discover that nature may need a helping hand.’

Her comments come just days after actress Eva Longoria gave birth to her first child aged 43 – and as fellow actress Rachel Weisz prepares to become a mother again at the age of 48.

The British Fertility Society has previously warned that celebrities who have children in their 40s are giving women false hope about late motherhood.

THE TRUTH ABOUT IVF

The Stork survey also found that three out of four of the women who were questioned were already considering IVF, or thought it was an option.

Dr Hood says: ‘While IVF is frequently regarded as an ‘insurance policy’ for couples who are a bit older, for many, the only hope it offers is false hope. In addition, this is fueled by celebrities who parade ‘miracle babies’ who have used IVF or donor eggs.’

‘Unfortunately, almost three out of four (72 percent) women under 35 who have treatment will face failure, and success rates fall with every birthday.

She adds: ‘Yes, these stats make for depressing reading, but I think it’s vital couples are informed about the reality of IVF and the huge emotional and financial challenges it can bring.’

Almost half (44 percent) of the women surveyed by The Stork were aware of the potential for unpleasant side-effects with IVF, with the most common concerns being feeling down or irritable (49 percent), headaches (42 percent), hot flushes (28 percent) and restlessness (26 percent).

And only in five was aware of the risk of ovarian hyper-stimulation — the most serious potential problem which can, in rare cases, have life-threatening complications. 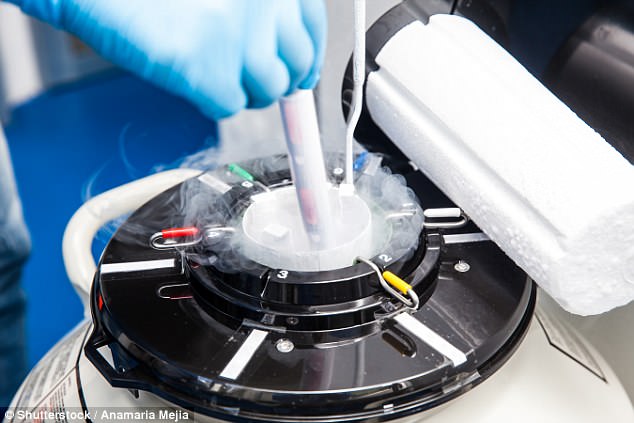 THE HEARTBREAK OF FERTILITY PROBLEMS

The Stork survey also revealed the enormous psychological impact of fertility issues, with 86 percent of the women questioned admitting to some degree of emotional fall-out.

‘One thing that I recommend to some of my patients who are struggling to conceive is a device called The Stork,’ says Dr Hood.

‘If couples are getting worried after a few months of trying then I might suggest it – the device is something practical they can use which might help take the stress out of the situation.

‘Or if time isn’t on your side, and you don’t feel you have a year to play with, it could be worth using from the start – or sooner rather than later – to increase the number of sperm heading towards the egg.’

The device helps boost the potential to conceive by increasing the amount of sperm in the genital tract, helping women get sperm as near as possible their cervix after sex.

Available in the US, UK, Canada and Australia, it combines a condom-like sheath with a cervical cap which collects sperm during love-making. An applicator is then used to place the sperm-filled cap over the cervix, to optimise the chance of conceiving.

Dr Hood says: ‘The Stork will not solve fertility issues, but there is no doubt that it may improve the odds of conception and it costs a fraction of the amount involved with in-clinic procedures.

‘Any couple considering IVF could consider trying one cycle using The Stork. It is safe, simple and drug-free and compared with IVF, it’s a much less invasive, less stressful, cheaper way to boost your chances.’

The $79.99/£99.99 device works in the same way as a commonly-used IVF technique – intracervical insemination (ICI).

The ICI technique has been used as an effective, clinically proven treatment option for decades with a pregnancy success rate of up to 20 percent.

A peer-reviewed clinical trial, published in the journal Surgical Technology International, showed a higher average concentration of sperm at the cervix using The Stork when compared to natural intercourse sperm scores.

The quantity and quality of sperm was analysed using a post-coital sperm assessment which is a standard World Health Organisation protocol. Sperm scores were assessed after couples used The Stork and compared to the same couple’s natural intercourse score.