Women should not give themselves ‘peegasms’: Doctors warn new trend for holding on to urine for sexual pleasure can cause infections and even kidney damage

Women are giving themselves ‘peegasms’ in a bizarre new sex trend.

Fans are claiming they are achieving solo orgasms by urinating after holding it in.

A man asked users of an online forum if they also have so-called ‘p*** shivers’ after his girlfriend told him releasing pent-up urine causes her to experience shivers ‘from her spine to her head’.

Many women were quick to reply that the technique creates a ‘whole body massage’.

Yet doctors are warning the trend could lead to painful urinary infections that may cause kidney damage. 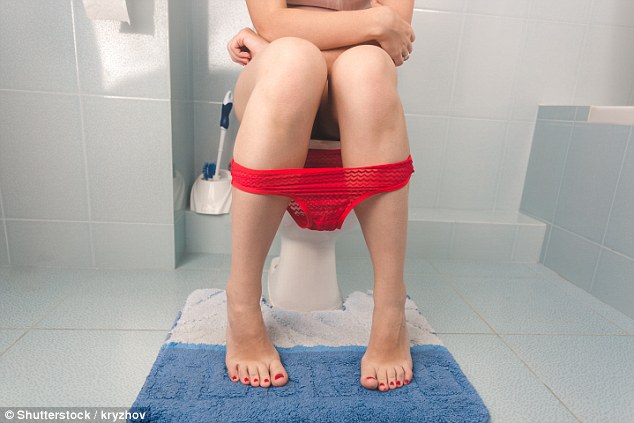 An over-full bladder is thought to stimulate nerves in the pelvis that control arousal, with letting go creating an orgasm-like sensation.

Responding to the thread on Reddit, many women claim they are most likely to ‘peegasm’ after waking in the night.

Others add that although they get a pleasurable feeling from releasing urine from a full bladder, they claim it does not make them orgasm.

While others add the feeling is unpleasant and far from orgasmic.

Although one also does not find them orgasmic, she adds they are ‘really, really pleasurable’

Doctors warn that peegasms can only be achieved if the bladder is holding urine for longer than normal, which is a cause of infections.

Due to women being more prone to cystitis than men, medics add the bizarre act should be avoided by all, even those who are healthy.

They add there are many other less risky ways women can experience sexual pleasure.

This comes after the World Health Organization (WHO) declared sex addiction is a mental-health disorder earlier this month.

Known as compulsive sexual behaviour disorder, it is defined as an inability to control intense sexual urges leading to people neglecting their health despite often deriving no pleasure from being intimate, according to a report issued by the WHO.

Patients must suffer from the disorder for at least six months, and experience substantial distress as a result of their addiction, before being diagnosed, the report adds.

It is unclear if this move will lead to sex addiction treatment being provided on the NHS, which does not currently consider it to be a condition.

Comedian Russell Brand has been to rehab for sex addiction saying being active between the sheets gives him ‘a breathing space, when you’re outside of yourself and your own head’.

WHAT IS SEX ADDICTION?

In July 2018, the World Health Organization (WHO) declared sex addiction is a mental-health disorder.

Yet many experts disagree about whether this is an actual diagnosis.

According to the relationship counselling service Relate, sex addiction is any intimate activity that feels ‘out of control’.

In some cases, people feel unable to control their urges, which affects their quality of life and those around them.

According to the WHO, compulsive sexual behaviour disorder is defined as an inability to control intense sexual urges leading to people neglecting their health despite often deriving no pleasure from being intimate.

Patients must suffer from the disorder for at least six months, and experience substantial distress as a result of their addiction, before being diagnosed, the WHO adds.