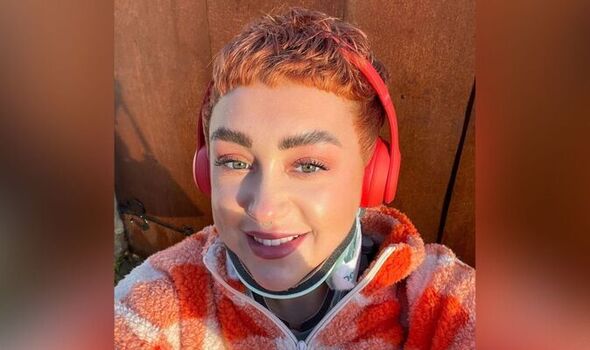 A woman who fell 25 feet and landed head first on railings has miraculously lived to tell the tale.

Flora Macdonald not only survived the accident but avoided brain damage or being paralysed despite breaking her neck.

The 24-year-old was at a friend’s in Pittville Circus, Cheltenham, when she fell from an open first floor window.

Their expert, kind and caring treatment of her is why she is now talking publicly about her ordeal.

She wants to thank the medical staff for helping her and raise money for the hospital’s charity by doing a sponsored headshave.

Flora, who lives in the Fairview part of Cheltenham, said her fall had been completely accidental, after she lost her balance by the window in the flat.

She said: “I fell and hit my head on a metal railing, breaking my neck and cutting my head. I retained consciousness and did not have concussion but I broke five vertebrae in my neck.

“I was taken to Gloucestershire Royal Hospital, where I was for a week and I was off work for seven weeks.”

The assistant manager at Charlotte Tilbury in Cheltenham’s John Lewis store is still having to wear a neck brace much of the time and she has knee and shoulder issues being investigated after her accident.

People living in a basement under the flat where she fell heard such a loud noise when she hit the railings that they thought there had been a road traffic accident.

Flora realises things could have been far worse, adding: “They think my neck is going to make a full recovery which is madly incredible. I’m alive – that’s what is absolutely nuts.”

She now plans to shave her head to raise money for the Cheltenham and Gloucester Hospitals Charity, which helps to pay for improvements, equipment and extra care over and above that provided by the NHS.

She says she was hugely impressed with the kindness, skillfulness and dedication of the under-pressure staff at Gloucestershire Royal Hospital while she was being treated on an orthopaedic ward there.

Flora said: “They were so amazing, first at A&E and then when I was in 3B in The Tower.

“The staff there were fantastic, even with the after care when I had to go back to get my neck washed because I couldn’t take my brace off.”

While the NHS in Gloucestershire has been heavily criticised recently, with patients complaining about their poor treatment and long waiting times, Flora said her experience was an overwhelmingly positive one.

“They’re so understaffed and yet they were able to be quick and kind, in A&E and on the ward. I praise them so much,” she said.

Flora says she has been helped during her recovery by her mum, stepdad, sister and best friends Alex and Dan.

She plans to shave her head on November 30, with people able to sponsor her online here.