It started with Mean Girls. In the cult comedy, the titular girls keep a Burn Book filled with photos of their classmates and epithets describing them. Budding skin-care company Topicals, a brand formulated with chronic skin conditions top of mind, wanted to co-opt the Burn Book's psychological message and flip it on its head.

So on October 3, 2020 (Mean Girls fans will recognize this date immediately), Topicals released its own version filled with relatable acne experiences from a diverse array of young influencers and takedowns of the beauty standards they wish didn't exist. In this book, skin descriptives like "ugly" and "bad," even the glorifying "perfect," are banned.

"Our whole goal is, how do we help people transform the way they feel about skin?" says Topicals cofounder Olamide Olowe, 24, who has had hyperpigmentation, pseudofolliculitis, and skin inflammation issues. "But it also is just unlearning a lot of the negative thoughts that we have because the beauty industry has drilled a certain message," Olowe adds.

Olowe and cofounder Claudia Teng, 24, launched Topicals in August 2020 with two products: Like Butter, a hydrating mask, and Faded, a gel to help minimize hyperpigmentation and brighten skin. They formulated the products using what they call “medicated botanicals,” packing them with naturally-occurring licorice root and colloidal oatmeal chosen along with other tried-and-true synthetic skin care ingredients like niacinamide and azelaic acid with the aim of agreeing with all skin types and tones.

Olowe and Teng, who met through a mutual friend, are part of a new generation of beauty consumers turned entrepreneurs who are fundamentally changing the industry. If millennials are all about the well-staged, filtered, often homogeneous Instagram aesthetic, Gen Z is about unfiltered TikTok videos, championing inclusivity in beauty while challenging brands that don’t embody it, and openly accepting what might be considered flaws. To help get their message out to consumers, Olowe and Teng tapped into the burgeoning Twitterverse of aestheticians and beauty influencers. They also use Twitter to get feedback about their products, recently improving Faded after they got complaints about the smell. (There were so many complaints that it became a running joke for the brand, which tweeted self-deprecatingly about the stinkiness.)

"We are a fragrance-free brand because we cater to sensitive skin. But when we launched, people were smelling the combination of all these amazing but unconventional active ingredients mixing with one another," says Teng. "Because we're a small team, we were able to iterate quickly on formula. We take consumer feedback seriously."

They package their formulas in groovy aluminum tubes with elaborate fonts that are meant to mimic traditional clinical packaging while shedding its more serious associations. "I remember growing up being super-embarrassed to take those out of my bag and have to use them because they look medicinal," says Teng, who suffered from eczema. "People ask you if your rash is contagious."

Topicals launched online and in select Nordstrom stores after Olowe emailed a retail consultant she found on LinkedIn and won her over with the brand concept. Topicals' products then sold out multiple times on nordstrom.com, and the shop was extended through the holidays. 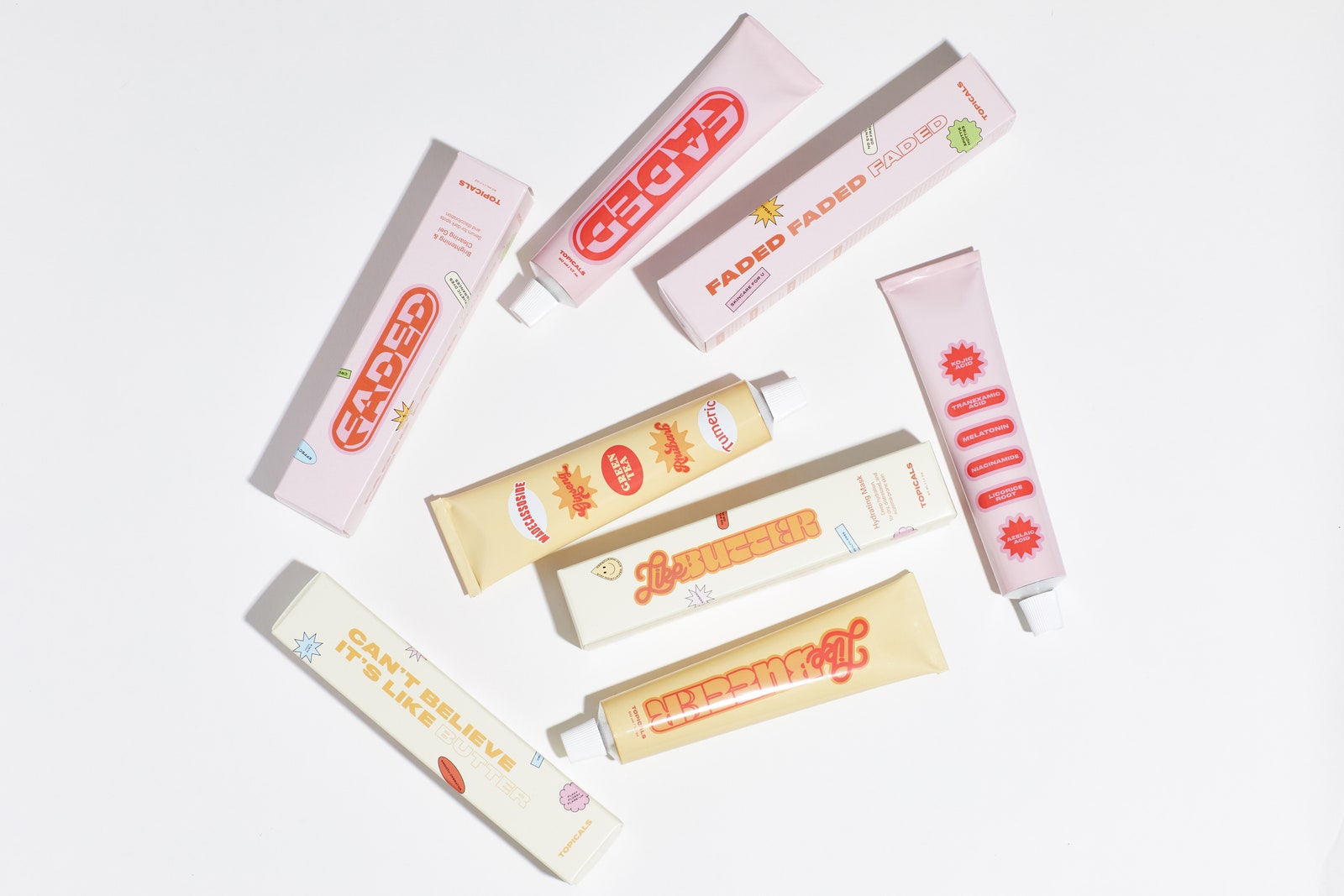 This early hustle has been emblematic of the drive Olowe and Teng have had since they were teenagers. Both were premed students with an interest in dermatology because of their own issues with chronic skin problems. Olowe had some beauty-industry experience, developing a line with SheaMoisture called SheaGirl when she was in college, working in the lab and in operations. Teng had experience working in clinical dermatology research.

When the idea for Topicals arose, they pivoted their career plans (much to their parents' dismay) to entrepreneurship instead of medicine. "Our parents were worried that the start-up path was risky, but we reassured them that the experience we gained from starting Topicals would make a great application essay to any med school," says Olowe.

Armed with interest, knowledge, and experience, next they needed money. While investors have been interested in the beauty industry for years, it's still notoriously difficult for women to land them. (Especially women of color — Teng is Asian American and Olowe is Black.)

Olowe pitched Topicals for two years before they found enough capital to launch. She finally got accepted to the Dorm Room Fund, which helped her credibility when she pitched to other investors. The brand ultimately secured $2.6 million, thanks to investments from actors Issa Rae and Yvonne Orji; Netflix CMO Bozoma Saint John; the CEOs of Warby Parker, Allbirds, and others; and prominent early-stage venture capitalists known for supporting consumer start-ups. (Olowe doesn’t want to say much about the details of coaxing a check from a big name like Issa Rae, but a pre-launch article about Topicals in the Wall Street Journal, online word-of-mouth, and raving from her other investors drew the attention of the star. Olowe says Rae was "super impressed by l what I had already done and really saw me as someone that could lead this company and lead the category with Claudia.")

Olowe is proud that she has so many women, particularly Black women, as financial backers. "I was really excited as a Black woman to be in a position where our company was highly sought after," she says, "because not everyone gets to be in that position where they decide who gets to invest."

It wasn't an easy road to that position of power, though; Olowe recalls that she and Teng spent almost their last dollar traveling to meet a potential investor who eventually dismissed them with little feedback. Another potential investor Olowe met told her that her name was "weird." And they had to push back the Topicals launch date twice, once due to a pandemic-related supply chain snag and again to show support for the Black Lives Matter movement.

These were learning experiences that cemented the founders’ resolve. Says Olowe, "I do internalize some things, but at the end of the day when I see what we're doing with Topicals and the growth we're having, I honestly just laugh. I think there are a lot of people who missed out because of their bias." She adds, "That's on them, not on me."

A version of this story originally appeared in the February 2021 issue of Allure. Learn how to subscribe here.