Victoria Beckham once said: “I expect a lot from my body. And I’m never sick. You have to be kind to your body if you expect a lot from it.” So it’s no surprise that the mum-of-four eats very healthily and takes daily exercise.

However, there’s a healthy diet and a super healthy diet, and it’s fair to say the fashion designer’s food choices are sometimes a little unusual. We had a look at the star’s daily diet and there are some ingredients we’ve never heard of!

MORE: 43 show-stopping celebrity birthday cakes that are out of this world

Apple cider vinegar in the morning

Yep, the former Spice Girl is once revealed that she takes two tablespoons of apple cider vinegar early each morning.

Sharing a picture of the bottle on Instagram, she encouraged fans to “be brave”, while revealing she has her daily dose first thing in the morning on an empty stomach. “Followed by… fresh lemon squeezed into boiling water,” she said.

Known in the Beckham household as the “green monster” breakfast smoothie, Victoria revealed she likes to blend a nutritious mix of apples, kiwi, lemon, spinach, broccoli and chia seeds in her Nutribullet.

She’s in good company too, as the Duchess of Cambridge also likes a healthy green smoothie to start the day.

She eats a LOT of avocados

In 2019, Victoria told The Telegraph that she “eats three or four avocados a day” and she credits them for keeping her skin healthy. That’s a serious amount of avocado.

The star likely eats the fruit on her favourite Ezekiel bread for a brunch or wholesome lunch.

The star is very into avocados

Metro reported how Victoria often carries some coffee beans to snack on to fight off alcohol cravings when out. Never heard of that one before!

According to The Sun, Victoria has an unusual treat food when away on holiday. Nope, not an indulgent dessert – Atlantic black cod. The fish is apparently quite rich and higher in calories than other foods.

Not sure what organic Aminos is? Neither are we. The star previously shared a snap on her Instagram page of her nutritious snack, writing: “Seeds doused in organic Aminos! Grilled until crispy! After school snack. Good for mummy too!”

Organic Aminos is a liquid protein made from soybeans. There you go.

Fruitcake. Cake made of fruit.

While most of us tuck into a naughty chocolate cake or similar on our birthdays, Victoria even kept her cake healthy, opting for one made solely of fruit. She shared a photo of the cake on her Instagram Stories, writing: “They know me too well! Fruit birthday cake for breakfast!”

Ok, we’ll let her off. It was breakfast.

HELLO!’s selection is editorial and independently chosen – we only feature items our editors love and approve of. HELLO! may collect a share of sales or other compensation from the links on this page. To find out more visit our FAQ page. 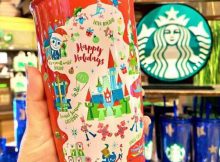 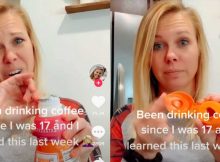