Gleb Savchenko is opening up about his co-parenting experience with estranged wife Elena Samodanova.

The Dancing with the Stars pro, 37, told Entertainment Tonight in a recent interview that he and Samodanova are trying to keep things "fun" for their daughters, Olivia, 10, and Zlata, 3, amid the couple's divorce.

"We're trying to move on, we're friends, we're co-parenting together, we're on great terms," Savchenk said of his current relationship with Samodanova.

The exes, who announced their split last November after 14 years of marriage, agreed to split custody of their daughters, with Savchenko and Samodanova each getting five days back and forth with the kids.

"Co-parenting is fun. We made it a lot of fun for the kids," the Russian dancer said, going on to share how he explained the tricky situation to his youngest daughter.

"I said to Olivia, 'Whatever is happening, it's life, but you get to live in two different places. You're gonna have your own room, with like anime posters and LED lights, and were gonna make it so fun. Then you can go back to your mom, and you'll have your own room which is a little different. But it's fun,' " Savchenko said.

Last week, the father of two revealed some of his personal parenting policies when it comes to social media.

In a conversation on girlfriend Cassie Scerbo's Boo2Bullying 1 on 1 series, he shared his rules for allowing his older daughter to be on certain platforms.

"Parents should be aware of what their kids are looking at," he said. "I have this thing on the phone that blocks all the unnecessary accounts, so she can only search certain things that she's allowed to watch. I think this is important."

"But also, parents have to explain to them that, you know, someone trying to, like, comment some stupid stuff, like, about you, your parents — just don't read that stuff. Very simple," " added Savchenko.

During the DWTS season, fans speculated that Stause was romantically involved with Savchenko following the pro dancer's split from Samodanova, who accused him of "ongoing infidelity," which he denied. Stause also shut down the rumors on several occasions and insisted that she and Savchenko were nothing more than friends.

Savchenko also asserted that he and Stause have a "strictly platonic" relationship. 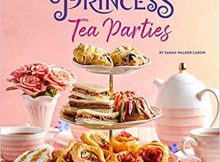