Extensive research in animals suggests that strict diets that limit the intake of certain nutrients increase lifespan and reduce the incidence of age-related disease. It may even be possible to reproduce these effects using drugs. For now, however, there are no clinically proven anti-aging diets or drugs, and scientists have not yet established their safety. 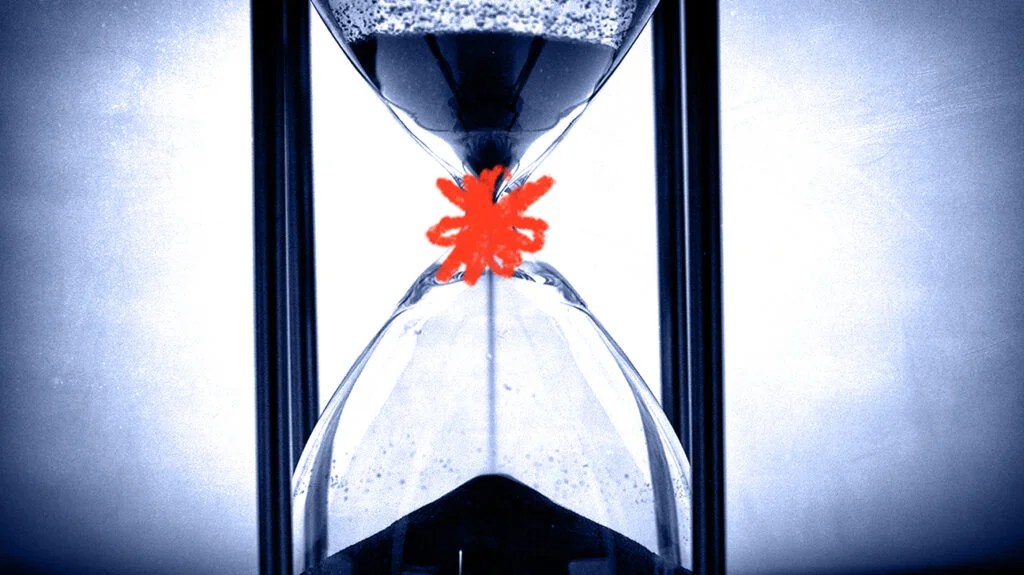 Diets that purport to slow the aging process are becoming increasingly popular.

Their proponents cite evidence that nutrient-restricting diets can increase healthy lifespan — at least in laboratory organisms such as yeast, worms, flies, and rodents.

In 1917, the journal Science published the first study to show that restricting the calorie intake of rats can delay the animals’ development and dramatically increase their lifespan.

More than 100 years later, the same journal has published a roundup of the best research to date into the efficacy and safety of diets that claim to slow the aging process.

Scientists at the University of Washington in Seattle and Pennington Biomedical Research Center in Baton Rouge, CA, conducted the review of popular anti-aging diets.

These include not just caloric restriction but also diets that strictly limit a person’s intake of carbohydrates, proteins, or particular amino acids.

The scientists also reviewed the evidence for the efficacy of various fasting regimes.

Remarkably, most of these diets appear to exert favorable effects on health and aging through their influence on a single metabolic pathway that yeast, worms, rodents, and humans have in common.

In theory, existing drugs that target this pathway could reproduce the diets’ beneficial effects without the need to go hungry or give up particular types of food.

While the authors of the new review offer an optimistic forecast for the future of anti-aging diets, they caution that they may not work equally well for everyone.

For some people with a particular genetic makeup or under certain environmental conditions, the diets may actually be detrimental to health.

The reviewers emphasize that there are no clinically proven anti-aging diets and conclude that more research is needed before doctors can recommend such diets for otherwise healthy people.

When researchers restrict the calorie intake of mice and rats — while providing all the essential nutrients they need — the animals are healthier and their average lifespan increases compared with animals fed an ordinary lab diet.

In addition, these rodents have a reduced incidence of age-related diseases, including cancer, neurodegenerative disorders, cardiovascular disease, and type 2 diabetes.

There is a clear inverse relationship between calorie intake and lifespan in the animals, up to about 50% calorie restriction. Animals that begin these diets while still young appear to reap the most benefits.

Whereas the results of research into calorie restriction in lab animals are clearcut, say the authors of the review, whether they apply to humans is less obvious.

The authors point out that researchers typically house mice and rats in ideal, pathogen-free conditions and keep a close eye on their health.

By contrast, the enormous variations in human environments and lifestyles are likely to have a large impact on the health effects of potential life-extending diets. Genetic variation between individuals is also likely to play a role in the diets’ outcomes.

In addition, as much smaller creatures, mice have very different metabolic demands to ours. They have to burn around half of the calories they consume just to maintain their core body temperature, say the authors.

Another problem with translating the promising results in animal studies into humans is that our lives can span decades, whereas theirs only last a few years. Comparable studies in humans would take many years to complete.

Extreme calorie restriction — which animal research suggests is likely to yield the greatest life extension — also comes at a cost.

We know from the relatively small number of people who manage to conform to such rigorous diets that potential side effects include:

“[S]evere [calorie restriction] can impair both immune function and wound healing, which could offset any potential lifespan-extending benefits under adverse environmental conditions in which the immune system is challenged, for example, a global viral pandemic, or in the absence of quality healthcare.”

There is some observational evidence that less extreme calorie restriction can yield significant benefits, however.

For example, the inhabitants of the small Japanese island of Okinawa traditionally consume 20% fewer calories than people who live on the mainland.

In the past, residents of Okinawa have enjoyed the longest life expectancy and the highest number of centenarians per head of population anywhere in the world.

However, as with all observational studies, the research cannot establish whether calorie restriction is responsible for these health benefits.

While no clinical trial has tested whether there is an increase in overall lifespan with calorie restriction, a series of shorter trials lasting from a few months to 2 years have found clinical benefits that are likely to extend a healthy lifespan.

The studies have found that a 25% reduction in calorie intake is associated not only with decreased weight but also enhanced insulin sensitivity and glucose tolerance and improvements in risk factors for cardiometabolic disease.

Diets that strictly limit intake of carbohydrates but allow unrestricted consumption of healthy fats force the body to use molecules called ketones — a byproduct of fat metabolism in the liver — as fuel.

This kind of diet, known as a ketogenic diet, may reduce the frequency of seizures in people with epilepsy and promote weight loss in overweight and obesity.

In 2017, two studies reported that a low carbohydrate, low protein ketogenic diet increased the average lifespan of mice and improved the animals’ health in old age.

One of the studies found that the diet reduced mortality in midlife and improved memory in aging mice. The other study found that it increased longevity and a healthy lifespan.

The review authors note that the long-term effects of such diets in humans remain to be determined.

But they go on to say that the animal findings are “highly suggestive” that ketones could have anti-aging properties.

There are many variations of fasting diets, but they fall into three broad categories:

The authors of the review say most preclinical animal studies of these diets are effectively investigating different forms of calorie restriction.

So it’s difficult to distinguish the potential benefits of fasting from the well-established benefits of calorie restriction.

But the reviewers do point to a study that compared mice allowed to eat only on alternate days with mice that consumed the same overall calories but without fasting.

This study found improvements in metabolism and reduced inflammation in the intermittent fasting group.

However, an equivalent study in people found that individuals who fasted every other day saw fewer benefits for their health than individuals who simply ate a calorie-restricted diet with the same overall energy intake.

The results for time-restricted fasting from animal and human studies are similarly conflicting.

The reviewers cite studies in rodents that found time-restricted fasting improved various measures of metabolic health and protected against an obesogenic or obesity-causing diet.

But research in humans has yielded mixed results for time-restricted fasting. Some studies have shown only mild improvements in health, whereas others have suggested detrimental effects on glucose metabolism.

The review authors note that numerous studies have found that restricting protein intake increases the lifespan of rodents and reduces age-related disease.

They report that while protein restriction in itself increases lifespan, the benefits are considerably weaker than those from calorie restriction.

In addition, say the authors, there is evidence that restricting dietary intake of particular essential amino acids, which the body is unable to synthesize for itself, can extend lifespan.

Intriguingly, nutrient-restricting diets appear to increase longevity and reduce age-related disease through their effect on a small number of metabolic pathways.

Research in nematode worms and yeast shows that these molecules are key hubs in a molecular mechanism that senses the availability of nutrients in the animals’ environment.

According to the disposable soma theory, this mechanism reflects the trade-off that all organisms — from yeast to people — have to make between staying alive and reproducing.

The existence of a nutrient-sensing mechanism that controls aging raises the exciting prospect of targeting it with a drug to promote longer, healthier lives.

Such drugs already exist. The review authors say the most promising of these appears to be rapamycin, which reduces the activity of mTOR and promotes healthy aging in rats.

It remains to be seen whether the drug would combat aging to the same extent in humans, who already enjoy relatively long lifespans.

Prof. Matt Kaeberlein, Ph.D., the corresponding author of the review, told Medical News Today that he is optimistic.

Prof. Kaeberlein studies aging in lab animals and pet dogs at the University of Washington.

“It’s early, but there are hints that it’s possible to tweak the network with rapamycin in older dogs and people to potentially achieve similar functional benefits in the heart and immune system as what is seen in mice,” he said.

“Whether that will translate through to healthspan more broadly or lifespan or not, we don’t know yet, but I think we will get that answer in the next 5–10 years.”

However, the review authors note that questions remain about the potential side effects of rapamycin.

Doctors give high doses of the drug, which modulates the immune system, to prevent rejection in organ transplant patients.

At these doses, side effects are severe, though proponents of rapamycin as an anti-aging drug claim that the benefits outweigh the costs at lower doses.

Arlan Richardson, Ph.D., director of the Oklahoma Nathan Shock Center on Aging in Oklahoma City, OK, recently co-authored an article in the journal GeroScience about rapamycin and aging.

The article argues that researchers should investigate the drug as a potential treatment for diseases of aging such as Alzheimer’s disease.

He told MNT that another paper by his research group proposes that combining calorie restriction with rapamycin could provide more benefits for older people than either alone.

While the effects of the drug and the diet overlap, each also influences a range of different pathways. “While [calorie restriction] inhibits mTOR, it has more effects, as we have reported,” he said.

Overall, the authors of the review conclude that “[f]uture research should focus both on better understanding the cellular and molecular mediators of anti-aging diets under highly controlled laboratory conditions as well as the impact of genetic and environmental variation on health outcomes associated with these diets.”