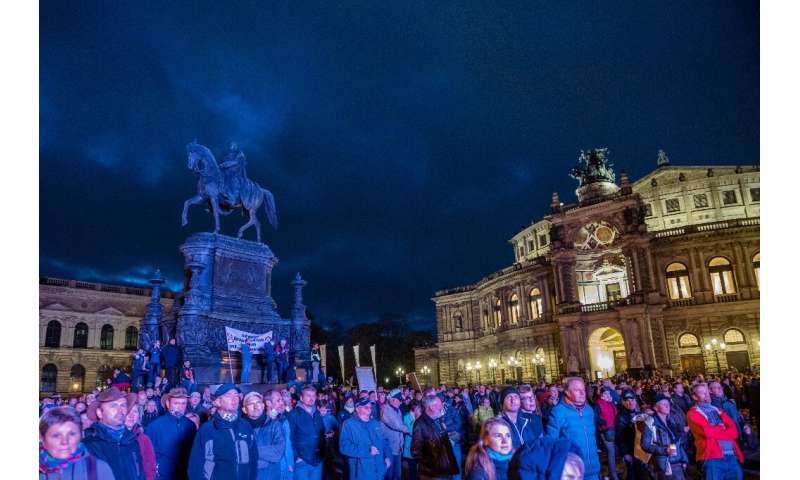 Despite sporadic popular protests, Germany on Monday led a tightening of coronavirus curbs in many parts of Europe while the COVID-19 crisis deepened in the United States on election eve.

The virus has infected over 46 million people worldwide, with more than 1.2 million deaths, and the acute outbreaks in Europe and America are sparking further alarm about the state of the already devastated global economy.

To curb the spike in Germany, Europe’s biggest economy, Chancellor Angela Merkel appealed to citizens to help achieve a “turnaround” by respecting a new round of shutdowns from Monday until the end of the month.

Germans will not be confined to their homes, but bars, cafes and restaurants must close, as well as theatres, operas and cinemas.

Looking ahead to the festive season, Merkel ruled out any “lavish New Year’s Eve parties”, but held out hope that families would be allowed to celebrate Christmas together.

The frustration over the economic and social cost of lockdowns has led to protests in many parts of the world, especially Europe, with some leading to violent skirmishes, notably in Spain and Italy as well as Czech capital Prague and the eastern German city of Dresden.

In Italy, the first European country to impose a lockdown during the first wave, Prime Minister Giuseppe Conte resisted pressure for new national stay-at-home orders in favour of an approach targeting the hardest-hit regions. 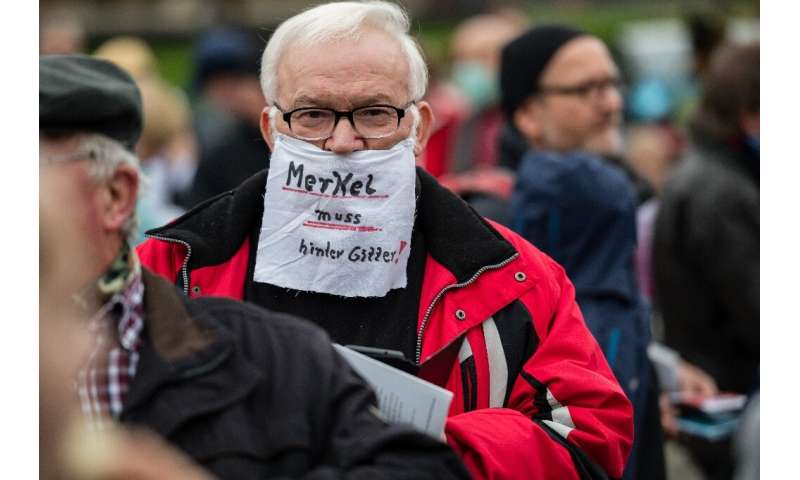 In Britain, Prime Minister Boris Johnson came under fire for a looming second lockdown in England, with employers warning it would deal a “devastating” blow to business.

Professor Andrew Hayward, a scientist advising the government on virus planning, meanwhile said that if a shorter September lockdown proposal had been heeded, it would have “inflicted substantially less damage on our economy” and “would definitely have saved thousands of lives”.

Johnson vowed “no apologies” over his decision. “I am truly sorry for the anguish these measures will impose, particularly for businesses that had just got back on their feet.”

Opposition Labour leader Keir Starmer accused Johnson of a “catastrophic failure of leadership” with Britain having surpassed one million cases on the weekend and its death toll nearing 47,000, Europe’s worst. 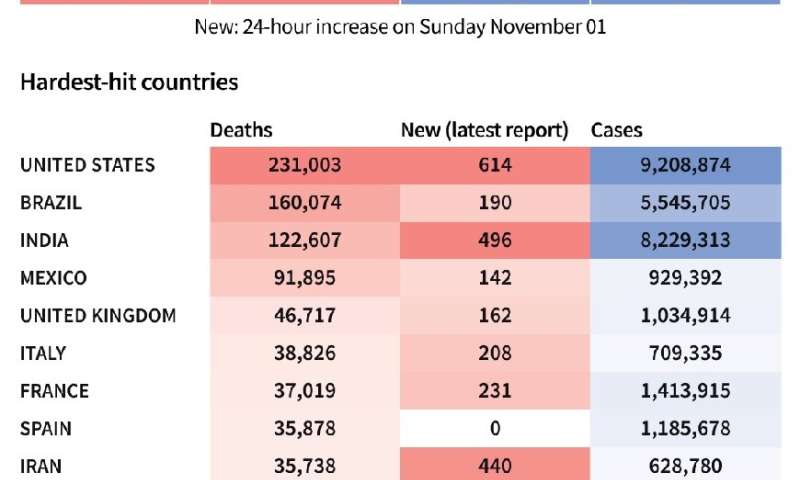 Restive members of Johnson’s Conservative party, warned they would defy him in a parliamentary vote on Wednesday.

One Tory lawmaker, Charles Walker, said he would be voting against the government’s “drift further into an authoritarian, coercive state”, however the restrictions will still pass with opposition support.

Another cloud looming for the government was news that Nigel Farage, the driving force behind Brexit, was set to relaunch his political party as “Reform UK”, with a main focus to oppose the government’s coronavirus lockdowns.

British media also reported that Prince William, second-in-line to the throne, contracted coronavirus in April but kept his diagnosis secret, with one tabloid saying “he didn’t want to alarm the nation”.

Also Monday, the head of the World Health Organization, Tedros Adhanom Ghebreyesus, began a first day in quarantine after coming in contact with someone with COVID-19, but the organisation said he does not need to be tested for now. 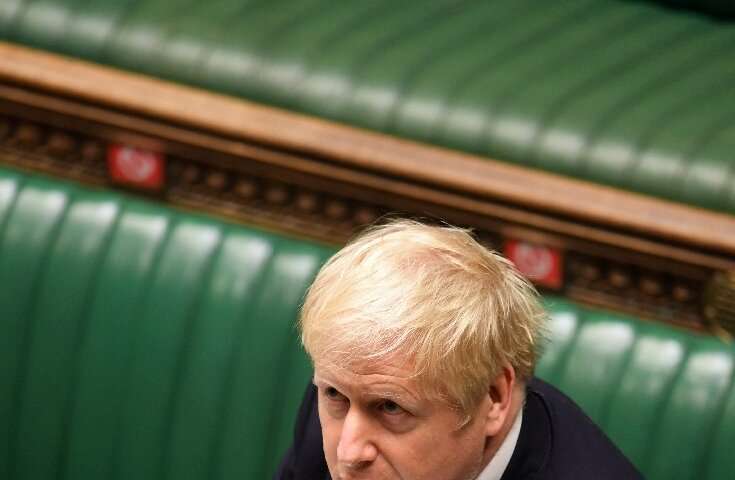 Elsewhere in Europe, battling a rampant second virus wave, much of Portugal faces a lockdown from Wednesday, Austria has announced it is following suit and France, having imposed its second shutdown last week, is preparing to tighten it further.

Hospitals in the Swiss canton of Geneva meanwhile warned surging emergency cases there may force them to decide to admit one COVID-19 patient over another if one’s chance of survival is better.

And Greece announced a two-week lockdown on its second largest city of Thessaloniki that will include a suspension of flights to and from the city.

Slovakia, which has embarked on a controversial campaign to test its entire population, said two thirds of the country was tested on the weekend, with around one percent of results coming back positive. 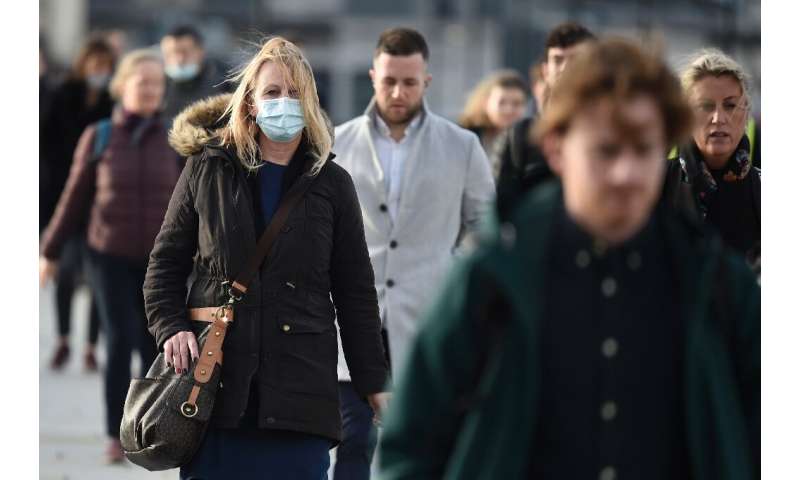 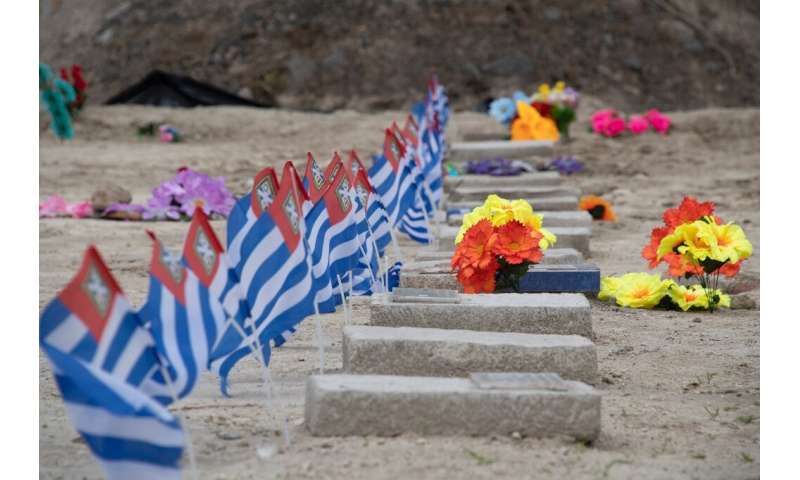 But even with all these measures, France’s scientific council said that in the absence of a vaccine—not expected to be widely available until well into the new year—further outbreaks are likely on Europe’s horizon.

“We might thus have several successive waves during the end of winter and spring 2021,” it said.

The health situation is also deteriorating in the United States, which Monday was gearing up for Tuesday’s election showdown between President Donald Trump and his Democratic rival Joe Biden.