Margaret Fletcher was certainly ahead of the gluten-free trend.

The 66-year-old was diagnosed with Coeliac's disease 30 years ago, and has adhered to the diet as treatment ever since.

"I had always been small for my age, through school and everything else," she recalls. "I had lots of constipation, anaemia, tiredness." 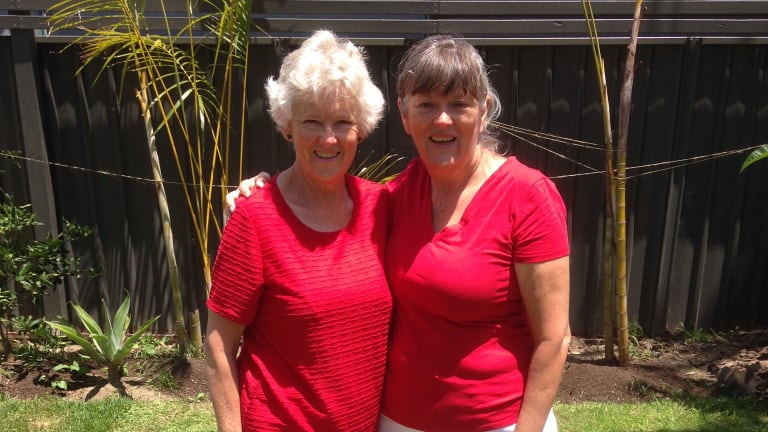 Margaret Fletcher, left, was diagnosed with Coeliac’s disease 30 years ago. Her sister Diane, right, is also a Coeliac.

"I got down to 45 kg. I just remember feeling really, really sick."

After a spate of tests and speculative misdiagnoses ranging from stomach ulcers to leukaemia – not to mention surgery to remove her gallbladder – the culprit of Fletcher's pain was revealed to be gluten, a family of proteins found in grains including wheat, rye, and barley.

According to Coeliac Australia, approximately one in 70 Australians have Coeliac's disease, although the organisation claims up to 80 per cent of cases are undiagnosed.

It is a genetic condition (years after her own diagnosis, Margaret's sister was also found to be a Coeliac), where the immune system reacts badly to gluten, causing small bowel damage.

Dr Tye-Din, head of the Coeliac Research Lab at Royal Melbourne Melbourne Hospital, says the main difference between Coeliac's disease and "gluten intolerance" is that we know much more about the former.

Common symptoms of Coeliac's disease include an upset stomach (meaning it is sometimes misdiagnosed as irritable bowel syndrome), chronic fatigue, and iron and other nutrient deficiencies. It is associated with auto-immune diseases, such as Hashimoto's or Grave's disease, and can cause a range of issues around the body including liver disease, osteoporosis and bone fractures, infertility and pregnancy loss, rashes, and joint swelling and pain.

The disease is also associated with depression and other neurological conditions.

"We know that people can have [depression] before diagnosis, probably related to the inflammation of the disease and feeling lousy, and we know that there can be improvements in brain functioning after someone goes on a gluten-free diet," Dr Tye-Din explains.

"We also know that, for some people, there's a whole range of symptoms that impair their quality of life, so it can just be that which impairs their general outlook and may make them depressed. Then there's some evidence to suggest that the burden of the gluten-free diet and diagnosis afterwards can really affect quality of life and depression as well."

Although Dr Tye-Din is involved in the development of an injectable treatment for sufferers of Coeliac's disease (referred to as the "Coeliac vaccine") – which he says has been "promising to date" – a strict gluten-free diet is currently the only available form of treatment.

For Fletcher, the key to living gluten-free is being prepared.

"I just plan," she says. "I do a lot of my own cooking and I very rarely eat out. I did eat out the other day, but I did lots of research before I went there."

Although the gluten-free trend has certainly made shopping at the supermarket easier (this weekend, Sydney's Gluten-Free Expo will showcase products ranging from gluten-free meat pies to doughnuts), the Central Coast retiree says there is a downside to the gluten-free diet going mainstream.

"A lot of people don't understand," she says. "When you say you need to have gluten-free, they think it's the fad thing."

Dr Tye-Din says the newfound popularity of a "gluten-free lifestyle" can "undermine the legitimacy of the gluten-free diet as a legitimate form of treatment" for sufferers.

"People can sort of roll their eyes and say, 'Oh you're one of those people who are doing it because it's trendy,'" he says.

Then there is the problem of products being marketed as gluten-free, which technically aren't. A study by Dr Tye-Din's team published in the Medical Journal of Australia earlier this year found one in 11 meals labelled "gluten-free" by restaurants and cafes actually contained levels of gluten that could be harmful to those living with Coeliac's disease.

Because, for Coeliacs, being gluten-free doesn't just mean not eating bread. Fletcher says she has to avoid salad dressings, tartare sauce, and the chocolate on top of cappuccinos, all of which can contain traces of gluten.

Beer-battered chips can be a particular problem, with Fletcher having to send otherwise perfectly good meals back when they appear on her plate, because of the risk of cross-contamination.

"If someone who says they're 'gluten-free' eats the chips, people assume that's what people on a gluten-free diet can eat. And then we, as Coeliacs, seem difficult when we say, 'Well, no…'"

In terms of rates of diagnosis, Dr Tye-Din says that, strangely, the popularisation of the gluten-free diet (roughly 12 per cent of Australians have gone wheat-free, according to a 2016 CSIRO study) has made it harder to figure out if someone has Coeliac's disease or not: the current blood tests are only accurate when people are consuming gluten in their diet.

"Aussies aren't stupid, they're doing this because they feel sick and they feel better when they take it out of their diet. What is important in all of this is that people try to get a proper diagnosis instead of just doing the diet."