The heartbroken parents of two terminally-ill children have launched legal action to get a potentially life-saving drug on the NHS.

There is no cure for the condition, which is estimated to affect 30 to 50 children in the UK, meaning Oliver and Amelia are unlikely to live past the age of 12.

Their story captured the hearts of the nation in 2016 after an emotional image emerged of Oliver being cradled by Prince Harry in hospital.

Oliver and Amelia currently receive access to a specialist treatment as part of a trial, but the pharmaceutical company said it cannot fund the drug indefinitely.

Health regulators made the damning decision not to recommend the drug on the  NHS, leaving mother, Lucy, and father, Mike, devastated. 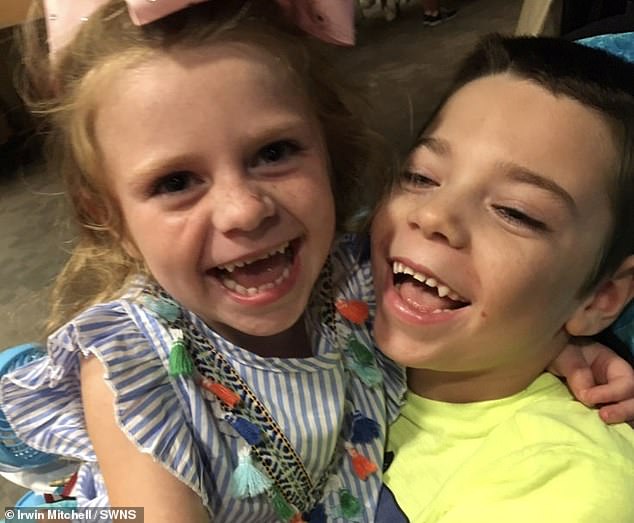 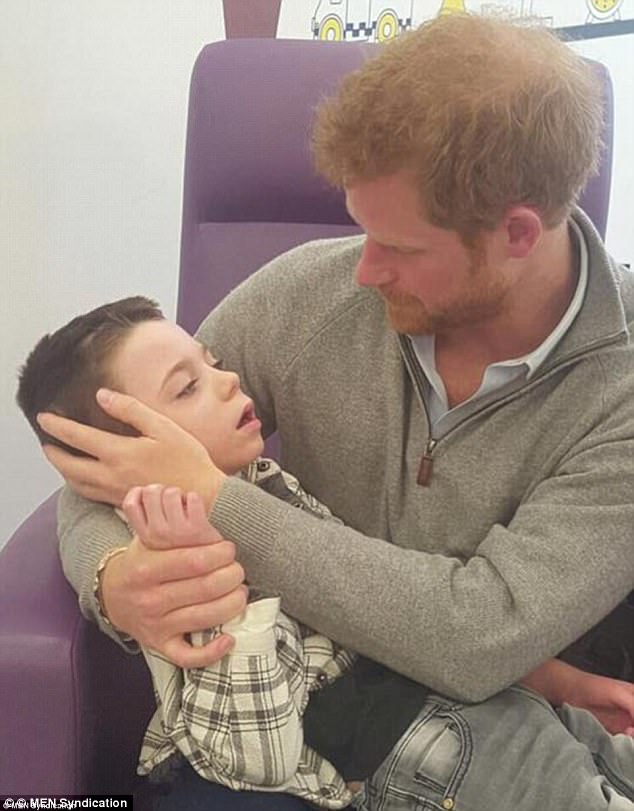 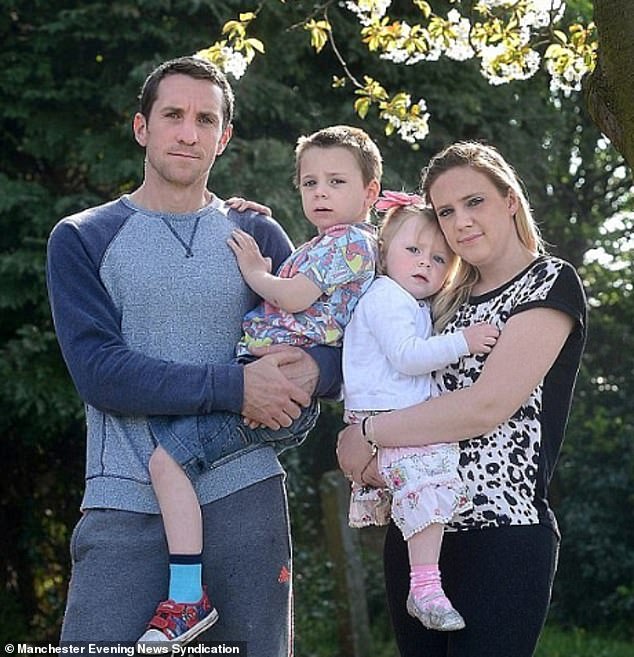 Parents Lucy and Mike Carroll, pictured with the children in 2015, have launched legal action to get them potentially life-saving drugs on the NHS 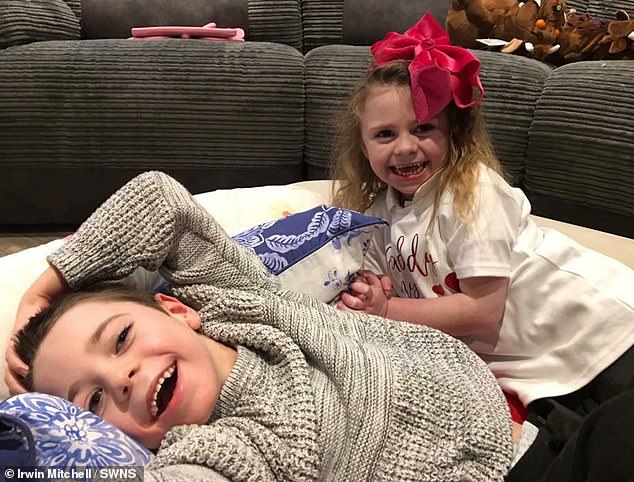 Oliver and Amelia currently receive access to a specialist treatment as part of a trial, but the pharmaceutical company has said it cannot fund the drug indefinitely

Ollie and Amelia, from Poynton, Cheshire, have been taking new enzyme-based specialist treatment known as cerliponase alfa, produced by Californian company BioMarin, who paid for the drug on compassionate grounds.

Mrs Carroll, who has set up the Ollie’s Army initiative to support the children, claims the drug ‘showed positive signs of slowing the disease down’.

Mr and Mrs Carroll previously made a desperate plea for the NHS to step in and pay for the treatment, which costs £550,000 a year for each patient.

But the couple previously revealed The National Institute for Health Care and Excellence (NICE) concluded in February that the treatment could not be recommended for use by the NHS.

The decision was apparently made on the basis that it was too expensive yet there was a lack of information about how the calculations were made to determine that the drug is not cost effective.

Cerliponase alfa is known to be funded by health services in 19 other countries, including Wales.

WHAT IS BATTEN DISEASE?

It is caused by waste buildup in the cells which creates neurodegnerative effects including:

Because it is a rare disease, it is often difficult to diagnosed and untested at birth.

There are 14,000 children worldwide that are diagnosed with the disorder.

There is currently no known cure or treatment available for Batten disease.

Mrs Carroll said: ‘It has been heartbreaking to see what the children have faced and they have shown such courage through their lives.

‘It is devastating to think that an effective treatment is not being made accessible on the NHS, particularly considering the impact it has had on them so far.

‘This has to change and we are determined to fight until both Oliver and Amelia are able to access the life-saving treatment that they need.’

Born healthy, in February 2015 football-loving Ollie was diagnosed with Late Infantile Batten Disease, which robs sufferers of their sight, speech, and mobility and causes dementia and seizures.

In a crushing blow to parents Mr and Mrs Carroll, a month later doctors confirmed his younger sister Amelia also had the disease.

Each fortnight the siblings travel from their home in Cheshire to London’s Great Ormond Street Hospital, where they receive enzyme replacement therapy.

The treatment has proven to be extremely effective for both Oliver and Amelia, with it appearing to halt the degenerative effect of the disease in both of them.

As a result of the treatment, Amelia and Oliver both enjoy a good quality of life.

Unfortunately, before commencing treatment Oliver had already lost his ability to walk and talk but the treatment has had an incredible impact.

His health is now stable and he went from experiencing multiple seizures daily to being virtually seizure-free. 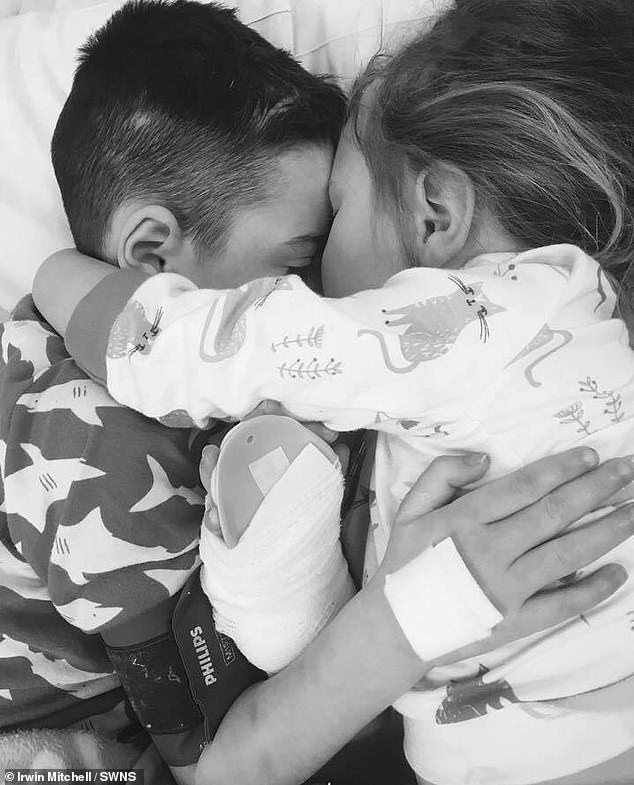 Mrs Carroll claims the drug ‘showed positive signs of slowing the disease down’. Pictured, Oliver and Amelia together at an unknown date 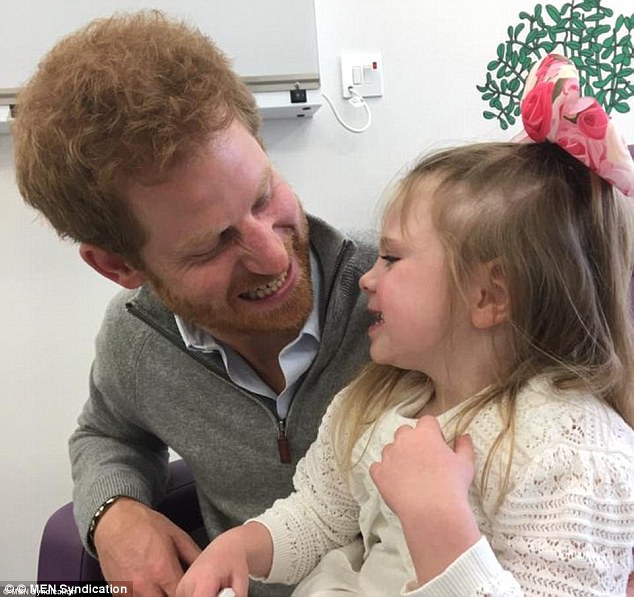 Amelia, who started the treatment before she developed any symptoms of Batten disease, is a happy, healthy little girl, pictured with Prince Harry in 2016 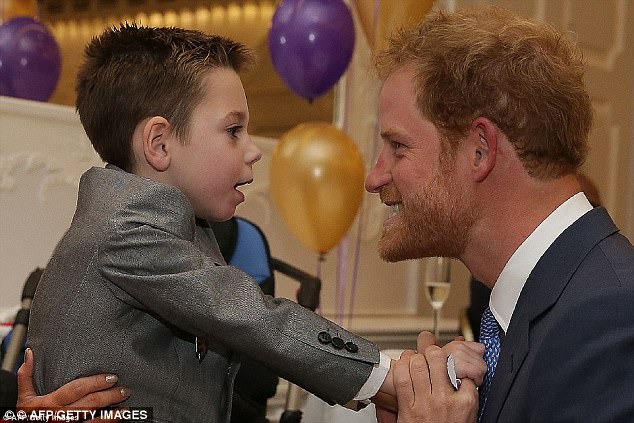 It is estimated that individuals such as Oliver, pictured with Prince Harry at the 2016 WellChild Awards, could live for 60 years with treatment

He does not suffer from movement disorders and enjoys attending swimming lessons and going to football matches, and loves spending time with his friends and his siblings.

Amelia, who started the treatment before she developed any symptoms of Batten disease, is a happy, healthy little girl, who loves to walk run, jump and climb.

In December, Mr and Mrs Carroll released moving footage of his reaction to hero Ed Sheeran’s song ‘Perfect’ which was the Christmas number one.

Without the treatment life expectancy for individuals with Batten disease is around six to 13 years.

It is estimated that individuals could live for 60 years with treatment.

Mr and Mrs Carroll have now launched legal action against NICE regarding its decision not to recommend that the NHS fund the specialist treatment.

Following the decision taken in February, the Batten Disease Family Association sent a letter to appeal the final evaluation. However, this was rejected in the middle of March.

Irwin Mitchell’s public law experts, who represent the family, have applied for a judicial review of the decision.

This is on the basis that it is unlawful on several grounds and also amounts to a breach of key human rights legislation.

Saoirse de Bont, the lawyer in Irwin Mitchell’s Manchester office who is acting for the family, said: ‘How can you put a price on a child’s life? NHS treatment should be provided based on the clinical needs of the patient.

‘Our clients are understandably devastated by the decision taken earlier this year and after reviewing all of the facts we have come to the conclusion that the process used to reach that decision may have been flawed.

‘This treatment has made a huge difference to the lives of our clients and it is something they could also access in a host of other countries, including France, Germany, the Netherlands and Slovakia.

‘There clearly needs to be a reconsideration of this issue and we are determined to fight hard to ensure that our clients’ voices are heard on this incredibly important matter.’

A NICE spokesperson said: ‘Because the matter concerns ongoing legal proceedings we are not able to comment.’

OTHER CHILDREN WITH BATTEN DISEASE

Batten disease is rare and affects an estimated two to four of every 100,000 live births in the United States.

The fatal, inherited disorder of the nervous system usually begins in childhood and suffers are not expected to live to their teenage years.

It is caused by waste buildup in the cells which creates neurodegnerative effects including, blindness, seizures, loss of speech and mobility.

Here are some other children who are living or have died from the heartbreaking disease. 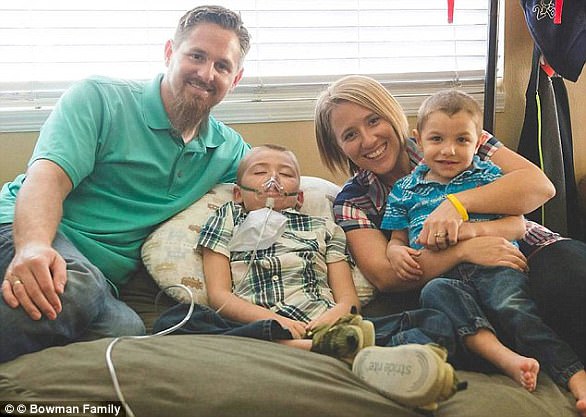 Brothers from California, both were diagnosed with Batten disease. Titus was began showing symptoms in 2013 and died in 2016 at the age of six.

Ely, three, was diagnosed in 2015 and his family started a GoFundMe to pay for accessing treatment. 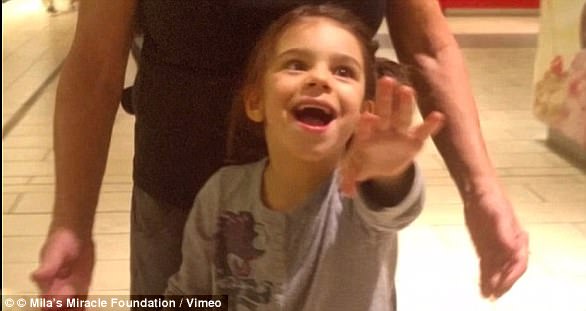 Her parents launched a fundraiser to raise $4million so she could get treatment that she needed to extend her life. 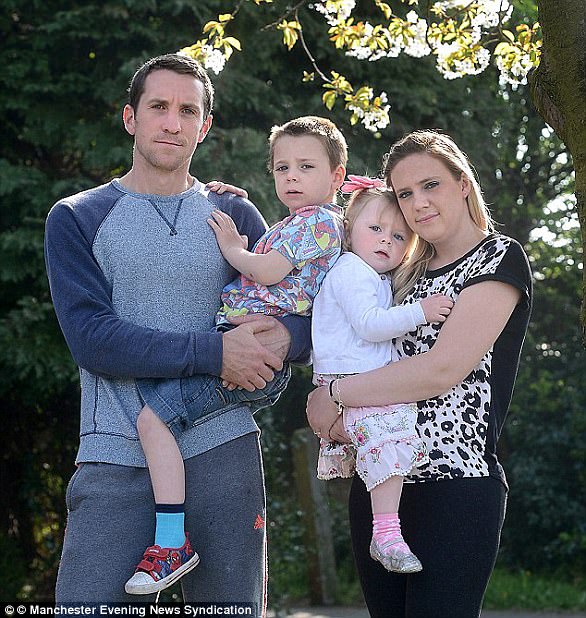 The Carroll family are pictured (left to right) are Mike, Ollie, Amelia and Lucy. Mrs Carroll said: ‘I don’t even know how to describe the pain that we are feeling right now’

Brother and sister Ollie and Ameila, of the United Kingdom, were diagnosed months apart in 2015 with Late Infantile Batten Disease.

Ameila’s mother Lucy said: ‘I have dreamed of taking her to ballet class, of doing our nails, hair and make up together, talking about boys, seeing her get married being there when she had her own baby. All of this will never happen.’ 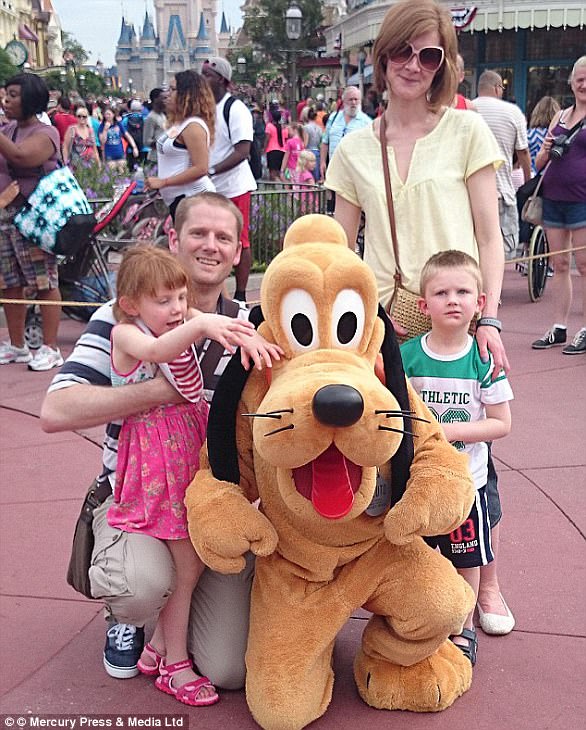 Ellie Mae Brownutt and her brother Caleb were diagnosed with Battens disease. Their parents Lyndsey and Duncan planned a bucket list of activities in the time they have left, including a trip to Disneyland, Paris (pictured)

Siblings Ellie Mae and Caleb were taken on bucket list of activities and trips to Disneyland in Paris by their parents before they died from the fatal disease.

The disease affects only one to three children in the UK each year.