Stem cells breakthrough that could help thousands of heart patients 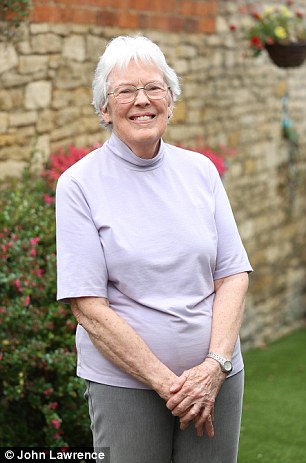 Heart failure: Pat Wilkinson was told bluntly that she had a 50-50 chance of being alive after being fitted with a pacemaker

AFTER being fitted with a pacemaker for heart failure, Pat Wilkinson was told bluntly that she had a 50-50 chance of being alive in five years’ time.

‘I was told before the operation that the battery should last at least ten years, and the doctors made it clear they thought it would last longer than me,’ recalls Pat, now 80, from Winchcombe in Gloucestershire.

That was more than 15 years ago — and today Pat, a retired research coordinator for Amnesty International, says she’s been given a new lease of life, thanks to a revolutionary stem cell transplant procedure that she had last summer.

Stem cells are the body’s ‘master’ cells, which can turn into almost any other type of cell. In the new treatment, these are being harvested from the patient’s bone marrow, their numbers are then boosted in a laboratory and injected back into the patient — this is thought to encourage a damaged heart to heal itself, generating new cardiac tissue and blood vessels.

So far, more than 400 patients in the UK have been given this treatment by the Heart Cells Foundation charity.

Until now, stem cell therapy for heart failure, which is not yet available on the NHS and costs around £10,000 per patient, has only been offered as part of clinical trials, with results suggesting it has an 80 per cent success rate at improving heart failure symptoms.

Now, as a result of the promising findings, the Heart Cells Foundation is funding ‘compassionate’ treatment not as part of a trial, but for heart failure patients who have exhausted other options.

The plan is that the scheme, which launched late last year, will treat a patient a week, and those in the placebo arm of its previous trials who weren’t given the stem cell procedure have been contacted and offered it, too.

Meanwhile, researchers are now suggesting that stem cells could help thousands more — as a preventative treatment.

Early results from a new trial at the British Heart Foundation Centre of Research Excellence at The University of Edinburgh suggest that giving stem cell therapy soon after a heart attack could prevent the heart failure that follows in a third of cases, and which is responsible for around 70,000 deaths a year in the UK. 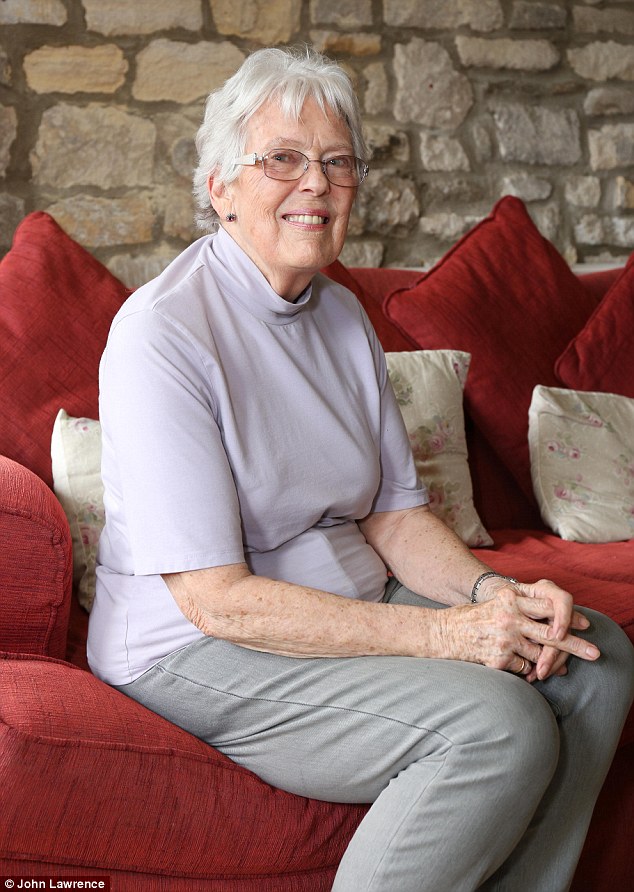 Today: Pat says she’s been given a new lease of life, thanks to a revolutionary stem cell transplant procedure that she had, last summer

Heart failure, which means the heart cannot pump adequate blood around the body, can follow a heart attack, because the resulting damage can weaken the heart muscle.

Normally, the only treatments are drugs such as beta blockers — which can cause side-effects — a pacemaker and in the worst cases a heart transplant.

Pat Wilkinson was diagnosed with dilated cardiomyopathy in 2001, a condition in which the heart muscle becomes weak and thin leading to heart failure. Although usually genetic, it can also be caused by a viral infection.

‘I was on holiday when I first noticed something wrong — I was exhausted and my brain felt muddled,’ says Pat.

‘I’ve had asthma since I was a teenager and assumed it must be linked to that, but tests later that year showed I had heart failure.’

‘There is no cure, but the doctors hoped they could manage the problem to keep me alive as long as possible.

‘However, my symptoms worsened very quickly — within a few weeks I couldn’t really walk at all. I was in a state of shock.’

She had a pacemaker fitted the following year to help maintain a normal rhythm, which helped.

‘I could walk without losing breath, although walking up stairs and steep slopes was still a bit problematic as was standing for any length of time,’ says Pat, who is a widow. ‘I had a replacement fitted in 2007, after which my symptoms stabilised, but were still noticeable.’ Progress: Normally, the only treatments are drugs such as beta blockers — which can cause side-effects — a pacemaker and in the worst cases a heart transplant

Then, in 2011, she read about a stem cell trial for those with cardiomyopathy that was looking for volunteers. She contacted the team and was asked to come in for tests. Having exhausted other options and still reliant on a range of medication, Pat was accepted on to the trial.

‘The doctors warned me I might be in the placebo group — they explained that if I was, and the study showed the treatment had been sufficiently successful, I would be invited back to have the real procedure. I was told there were no major risks involved with the treatment, so figured I had nothing to lose.’

She had the procedure in August 2011. ‘Every morning for a week I was given a quick injection into my arm to encourage stems cells to grow in my spine,’ she says.

‘At the end of the week a needle was inserted into my pelvis and fluid containing the stem cells was extracted, which took less than 20 minutes. It wasn’t comfortable, but not that painful either.

‘The next day the processed fluid was injected into a vein in my groin under local anaesthetic and the day after that I went home.’

However, the treatment made no difference and Pat assumed she’d been given the placebo — a hunch confirmed at a meeting when the trial ended in 2013.

‘Of course, part of me was disappointed, though I was glad the procedure had worked for others,’ she says. She was told the team needed to secure more funding for the Compassionate Treatment Programme which she would be able to take part in.

It wasn’t until late 2016 that Pat finally got the call saying the funding had been secured and she would have the procedure.

‘This time, within three weeks I noticed a clear improvement,’ she says. ‘I could climb stairs without gasping for breath and I felt more energetic. Walking with my dog also became much easier — even enjoyable for the first time in years. All my friends and relatives now tell me I’m remarkable for my age. I feel very lucky.’

Pat’s treatment involved reinjecting the stem cells directly into a vein in her groin (the arm is also used) from where they travel round to the damaged heart tissue — it’s not known why, but they gravitate to the damaged area.

It is the culmination of 14 years of research led by Professor Anthony Mathur, a senior cardiologist at St Bartholomew’s Hospital (Barts) in London.

Other researchers working in Edinburgh believe a refined version of the treatment could help even more patients. Rather than using stem cells taken from bone marrow, they are focusing on a particular type of stem cell circulating in the blood.

‘Bone marrow contains a massive soup of different stem cells, whereas our approach extracts specifically the CD34+ stem cells directly from the blood, and it’s those that we believe have most benefit in healing the heart,’ says Professor David Newby, a cardiologist at the British Heart Foundation Centre of Research Excellence who is leading the new trial.

‘These cells are important in new vessel growth and believed to be ideal to help the heart regenerate and recover.’

The aim is to treat patients with stem cells within three weeks of a major heart attack, as this is when they believe the cells will have most effect. The stem cells will be injected directly into the damaged heart muscle, rather than a connecting blood vessel.

‘I describe our approach as that of a sniper, with previous approaches being more of a blunderbuss,’ says Professor Newby.

However, he stresses that only three patients have had the treatment as part of the trial that has been running for less than a year at centres in Europe, as well as in Edinburgh (it is being funded by the French pharmaceutical company CellProthera).

One of the participants had a 50-50 chance of surviving five years after suffering a major heart attack, but following the treatment he is reported to have ‘almost normal’ heart function. ‘The data we’ve seen so far is encouraging,’ adds Professor Newby.

The trial will recruit 45 participants in total. Each will have daily injections of growth factor to encourage the bone marrow to make more stem cells. Then a sample of blood is taken and processed in a lab to isolate and increase the number of CD34+ stem cells 20-fold.

If the results continue to be positive, Professor Newby says it could reduce the need for drugs such as beta-blockers and ACE inhibitors, which don’t repair the damage left by an attack, and may one day even prevent the need for heart transplants.

Professor Mathur says that while the results are ‘encouraging’ there is no data yet to prove that stem cells extracted from the blood are more effective than those taken from bone marrow.

‘But the field of stem cell therapy is a small community and we need all the help we can get,’ he adds.

For more information, go to heartcellsfoundation.com