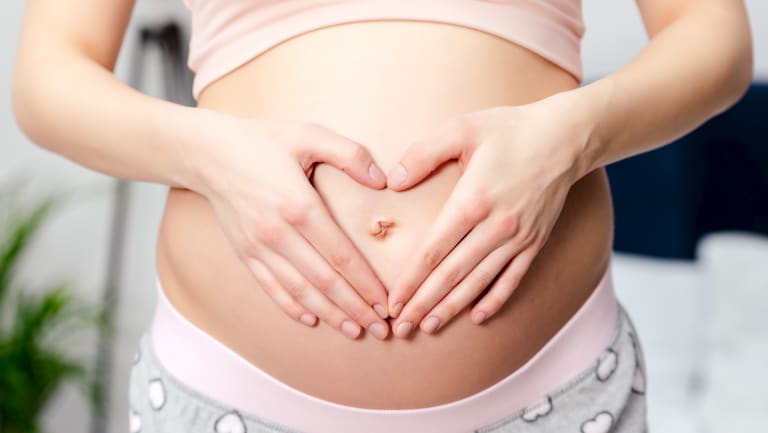 One in three women will suffer brith trauma.

July 1 to July 8 is Australian Birth Trauma Awareness Week, and it’s probably more relevant to you and any birth parents you know than you might think. According to the Australasian Birth Trauma Association, “one in three women identify their births as traumatic" and "one in four first-time mothers suffer major physical damage”.

Trauma and physical damage can occur regardless of what kind of birth you have, whether it’s vaginal or caesarean and with or without planned intervention. As part of Birth Trauma Awareness Week, ABTA are asking women and birth parents to share their stories either in a recorded video or a written narrative. Survivors of birth trauma are also encouraged to use the hashtags #ABTA2018 and #yourstorymatters.

This second hashtag is particularly powerful because birth trauma is all too often minimised or dismissed entirely as self-indulgent whining from women who are just looking for something to complain about. Scan the comments section of any online article discussing birth trauma (or women’s complaints with the birth system in general) and you’ll find significant numbers of people snapping that "these bloody women" just need to get on with things and stop "seeking attention." "Birth isn’t hard! Women do it every day! Get over it!"

People do indeed give birth every day. In Australia, we’re lucky that the maternal mortality rate associated with birth here is far lower than many other countries. But something being common isn’t the same as something being safe, and the fact remains that childbirth is still one of the most dangerous things a person can go through.

Apart from the elevated risk of post-birth incontinence (at my first maternal health appointment, I was handed a leaflet titled One in Three Women Wet Themselves After Birth), roughly half of all those who birth vaginally will experience some kind of pelvic organ prolapse in their lifetime.

The use of forceps presents a particular risk for pelvic floor avulsion (when the pelvic muscle tears away from the bone, leading to irreversible damage), yet a lack of education around birth options and "what’s best" means it’s still often considered preferable to emergency caesarean intervention.

The lack of space available to those of us who’ve given birth to tell our stories honestly and without apology is significant. It’s been almost two years since I gave birth to my son, but it’s only been in recent months that I’ve started to process what we both experienced that day, having previously always spoken about it matter-of-factly.

I knew that birth trauma was a reality for many women who had given birth, but I was lucky to have escaped it. I was induced, labour lasted eighteen hours, he was born, we were fine. The End.

Or so I thought.

A few months ago, I was talking to a friend about the kinds of scars (both physical and emotional) that are commonly accumulated during labour and childbirth. As I told her about my own experience, I suddenly began to cry. Huge, wracking sobs. I realised I had spent the first two years of my son’s life repressing trauma in order to protect us both, but it was, at last, finding its way to the surface.

The truth is, the birth of my son was traumatic. It was traumatic for all the normal, common reasons birth is traumatic. The intense physical pain made worse by synthetic drugs designed to bring on labour, the fear and anxiety about the health of my baby as labour progressed, the impact of vaginal birth itself …

But it was traumatic too because a lot of shit went wrong in ways that were potentially life-threatening. As my son emerged, it was with a slick of meconium over him (a sign a baby is in distress during labour has defecated in-utero). I was given the briefest of glimpses of him before they whisked him away to a resuscitation table to make sure he hadn’t inhaled any of the fecal matter, which can lead to an extremely serious case of meconium aspiration. Thankfully, he was fine – but as they brought him back to me to hold, it became apparent that I was not. My tired, worn out uterus had stopped contracting which meant I was continuing to bleed.

As I tried to hold a wriggling newborn on my chest, the midwife furiously palpated my stomach to try and stimulate contractions, but it had given up completely. I was told I’d need to spend the next few hours on a low dose of syntocinin (the drug used in inductions) to help prevent post-partum haemorrhage (one of the leading causes of maternal mortality). By the time I was able to properly hold my baby, it had been at least a few hours since he was born.

This is a common story. But as I said earlier, being common isn’t the same as being safe or risk-free. Heart surgery is also common, but no one would tell someone to get over that. The feminised nature of pregnancy and childbirth is what establishes it as some kind of "niche" concern in a sexist, patriarchal world. Women are expected to swallow our trauma because, as we’re repeatedly told, "the only thing that matters is a healthy child."

Australian Birth Trauma Week is about reclaiming control over the horrendous, traumatising narratives that often rest uneasily alongside the powerful, transformative love we feel for our children. We are allowed to tell those stories. Our stories matter.

Tags:All, and, Birth, common, Its, My, of, son, The, Too, traumatic, Was
Related Posts
Diet & Food News