Summer is finally back, and it’s impossible not to relish in the return of joys like sunshine, beaches and backyard barbecues. And, thanks to Trader Joe’s, there’s even more to look forward to over the next few months — our favorite purveyor of artisanal groceries recently rolled out a slew of new products just in time for the season, and they’re the stuff grocery store dreams are made of.

So, get ready to make a mental shopping list, because you’ll want to stock up on the following TJ offerings all summer long. 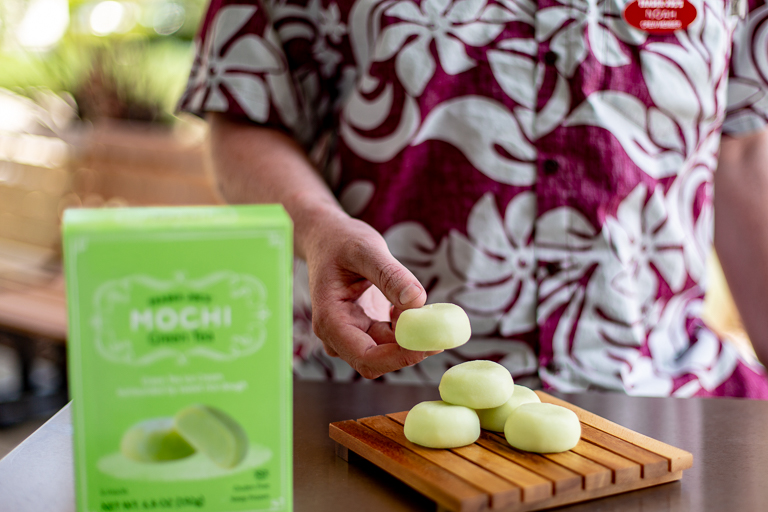 There are few food sensations more magical than biting into the chewy rice-dough exterior of mochi into the butterfat ice cream inside — especially when that mochi is Trader Joe’s green tea mochi, which is back and better than ever. Made by a supplier with roots in Hawaii and produced under TJ’s private label, these new-and-improved mochi are free of not-so-delightful ingredients like high fructose corn syrup and synthetic colors. 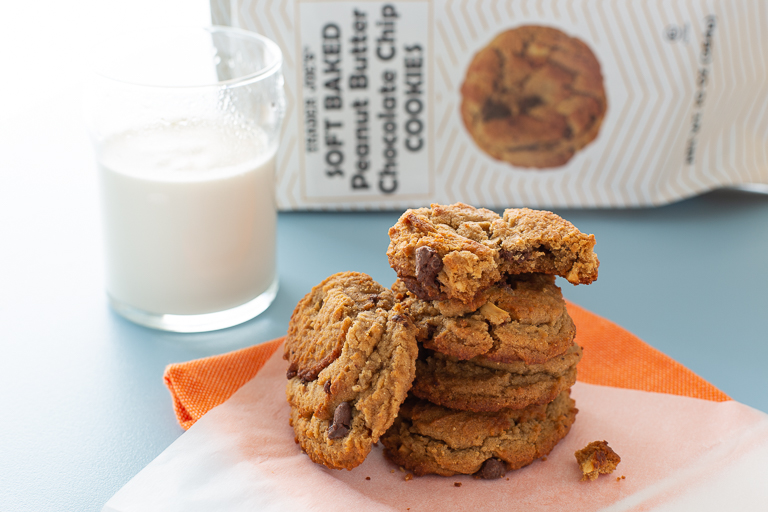 They’re chocolate chip peanut butter cookies. We don’t have to elaborate too much on why you want these in your life, do we? But if you need even more of a reason, consider the fact that you can get a 10-ounce pack for only $2.99. 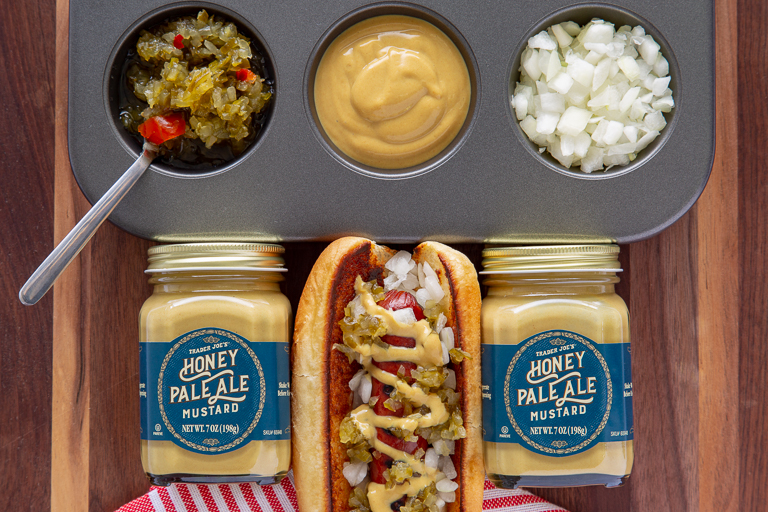 It’s summer, which means it is officially the season of ballpark food like hot dogs and pretzels. And nothing goes better with those things than mustard… well, mustard and a cold brew. So, the fact that Trader Joe’s manages to capture the essence of both in their Honey Pale Ale Mustard is basically summer brilliance in a jar. 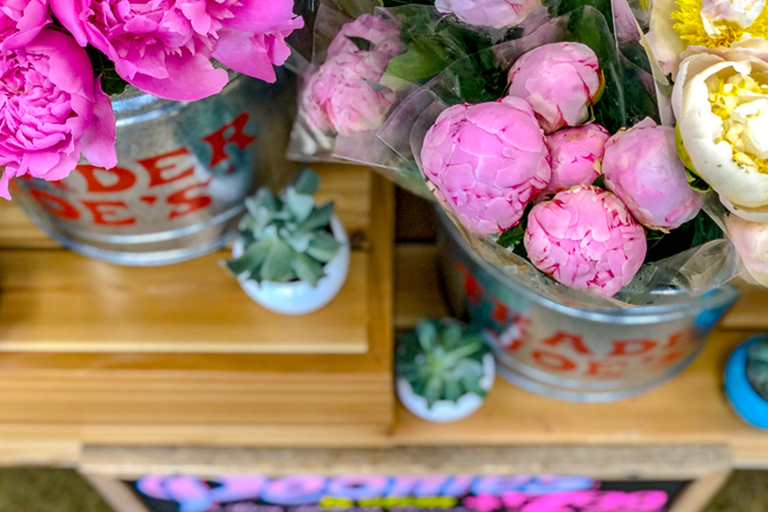 First things first, get thee to a Trader Joe’s immediately because this particular product is available for a very limited time only. Second, and most importantly, it’s peonies, y’all! Who doesn’t love peonies? They’re the best flower; don’t come at us. While these beauties last, you can scoop up 5-stem bunches at TJ’s for $7.99. 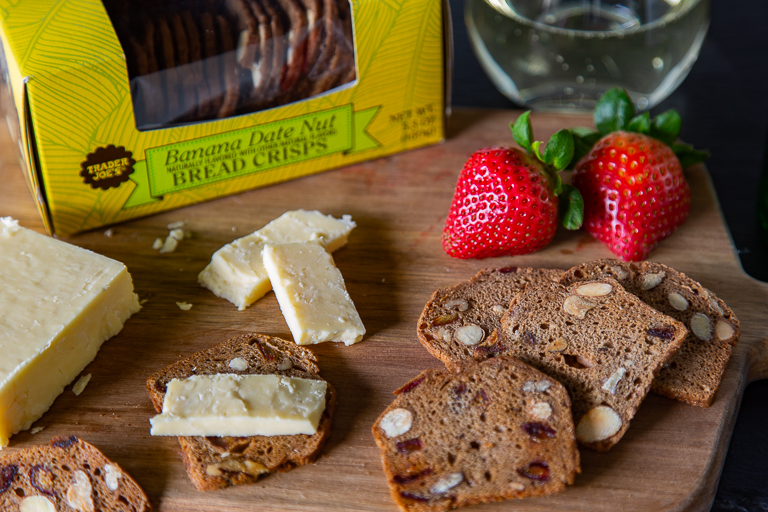 Do you ever come across something that makes you want to reach out and hug the person who came up with it? Trader Joe’s Banana Date Nut Bread Crisps will do that to you. If banana nut bread and crackers had a delicious love child, it would be these little slices of heaven. 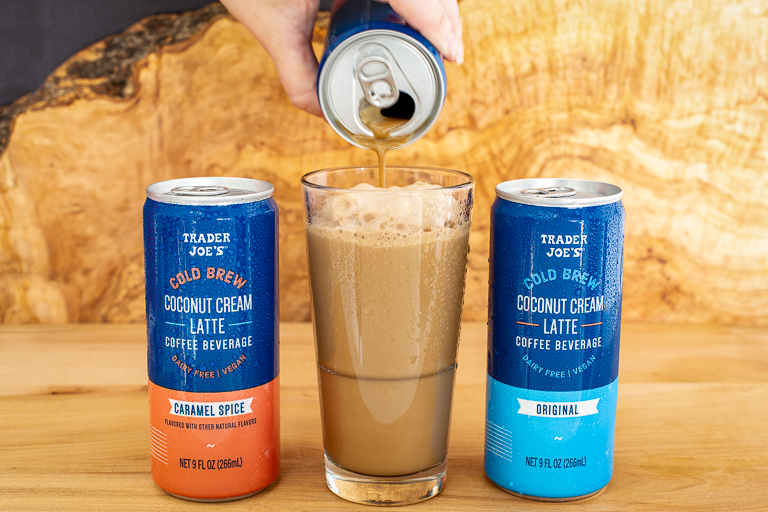 While Trader Joe’s has always offered a cold brew latte, it was off-limits for anyone who doesn’t do well with milk. Now, even the lactose-free coffee lovers of the world can rejoice, because TJ’s Cold Brew Coconut Cream Lattes are made using 100 percent Brazilian Arabica beans and blended with cane sugar and coconut cream — so, no milk! 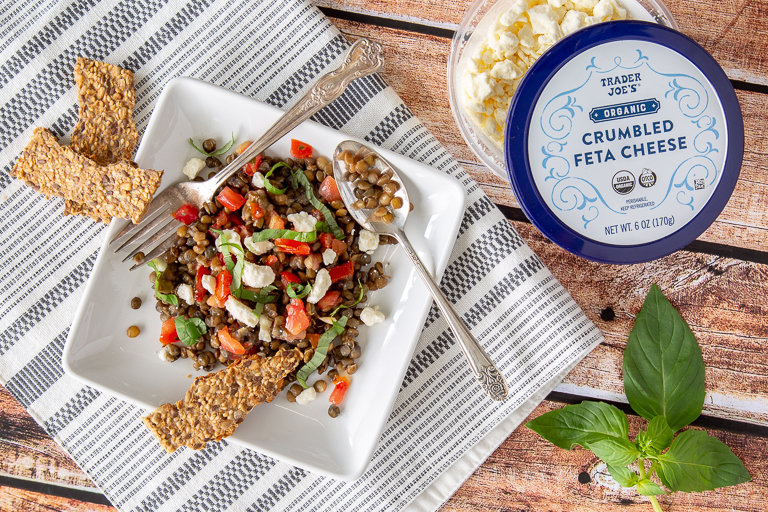 If you love Trader Joe’s cheeses, you’re really going to love their new Organic Crumbled Feta. Made in Wisconsin with organic, rBST-free cow’s milk, it boasts both a milder flavor than traditional sheep’s milk feta and feta’s trademark tanginess. Plus, you can score six ounces for $3.49. 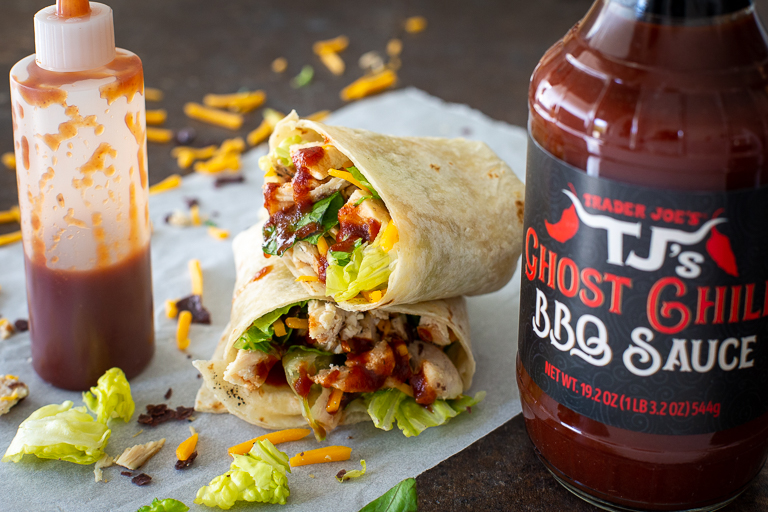 If you’re looking for the perfect way to kick up your summer noshes a notch, you just found it. Trader Joe’s Ghost Chile BBQ Sauce is made with the hottest peppers, so you know it’s got some heat! Don’t worry, though; it’s well-balanced with a blend that includes molasses, sugar, pineapple juice and more. 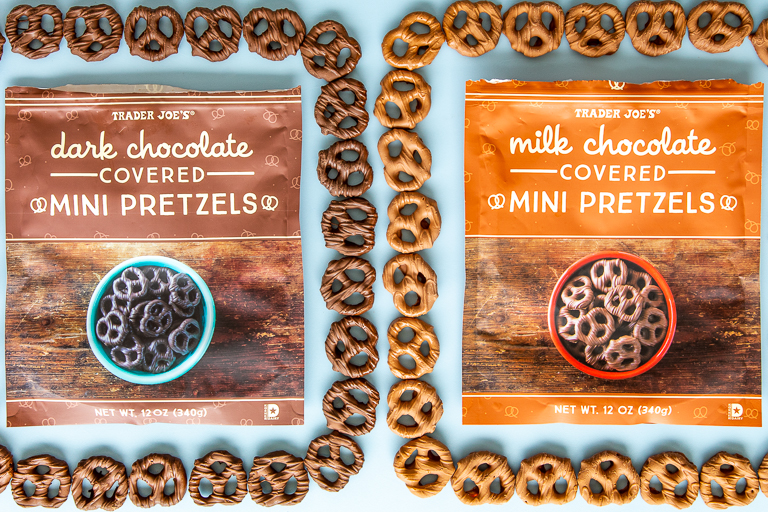 What is it about summer that makes us want to snack so much? We like to pretend it’s because we’re so much more active during the sunny months, and therefore burn more calories. When you burn more calories, you obviously need things like Trader Joe’s Chocolate Covered Pretzels to fuel you, right? Right?! 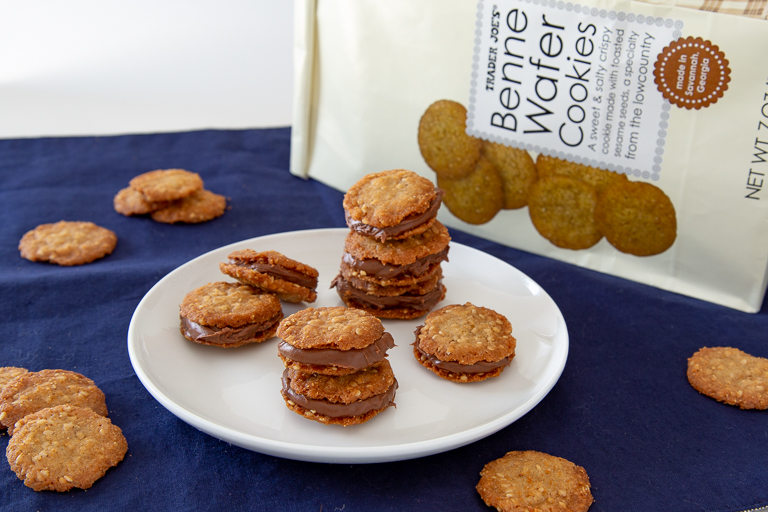 If you’ve never had benne wafers before, you’re missing out, friend. This Southern treat is absolutely irresistible as is and, to make matters even tastier, Trader Joe’s offers a recipe to turn them into tiny “sandwiches” filled with TJ’s Cocoa Almond Spread. 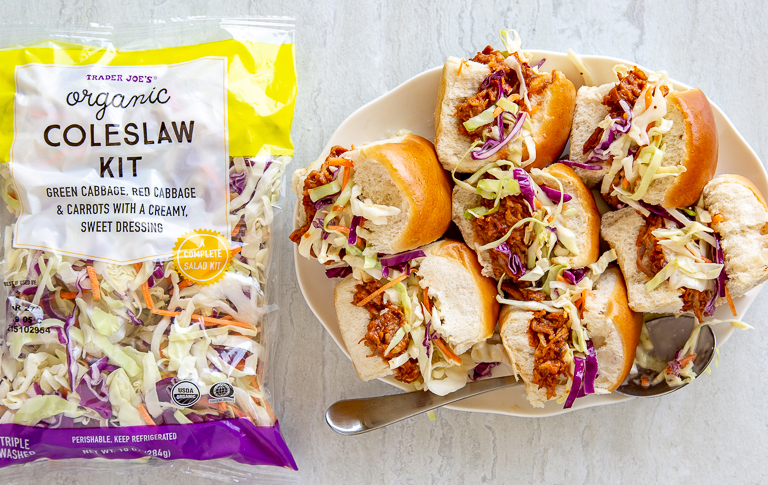 You’re gonna need a go-to dish to bring to all of those barbecues this summer is sure to hold, and Trader’s Joe’s Organic Coleslaw Kit is just the thing. Creamy and slightly sweet, it’s made with a mix of chopped organic green cabbage, chopped organic red cabbage, and shredded carrots. Bonus? It’s triple-washed and comes with Trader Joe’s organic dressing (packaged separately, so you can add a little or add a lot).