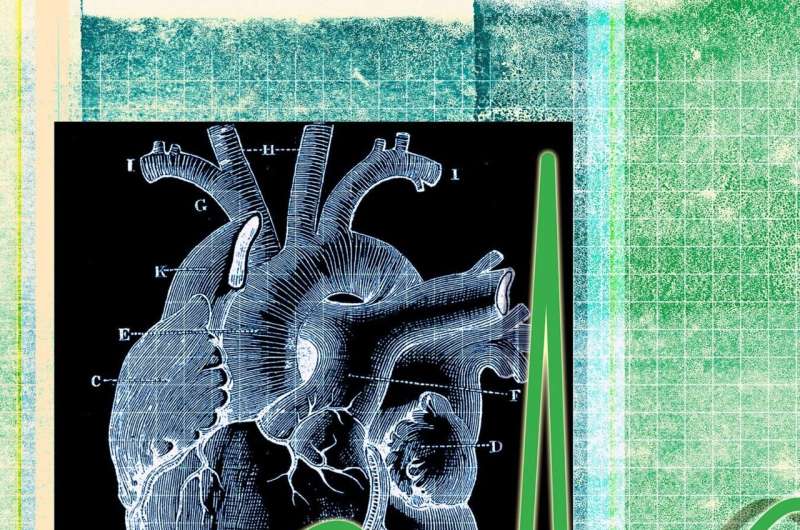 Hamburgers may not cause heart attacks, but we have long known that lifestyle choices —including diet, exercise, and sleep patterns—play a role in cardiovascular health. What we don’t know is exactly how these factors actually affect our various bodily functions.

Filip K. Swirski, director of the Cardiovascular Research Institute at the Icahn School of Medicine at Mount Sinai, outlined what is already known about the interaction between lifestyle, the brain, and cardiovascular health, and what areas scientists are still working on. The former Harvard Medical School professor spoke Thursday at a virtual event in the Topics in Bioengineering series presented by the Harvard John A. Paulson School of Engineering and Applied Sciences.

Swirski acknowledged that “there is no question” that genetics play a role in cardiovascular health, but in the last several years, four risk factors—stress, sleep interruption or fragmentation, diet, and sedentary lifestyle—have been clearly identified as contributing to atherosclerosis, commonly referred to as hardening of the arteries, which can lead to a variety of complications, including death.

Current and ongoing research is seeking to uncover the mechanism by which these factors “alter the tissue on the cellular and molecular level,” he said, focusing on “inter-organ communication.” The goal, he said, is to “discover pathways to design therapeutic approaches and also change health policy,” much as research around smoking shaped public policy.

Briefly summarizing the current findings on sleep—”on average, we’re not getting enough”—as well as the widely recognized roles of diet and lifestyle, Swirski then settled in for a deep dive into the role of stress. Citing not-yet-published research, he used slides to illustrate how neutrophils—a type of white blood cell—can be seen “swarming” in the ears of mice subjected to stress. This is not surprising, he said, referencing a Curt Richter Award-winning study 10 years ago that showed the redistribution of such immune cells due to stress.

Current research is taking these studies down to a cellular level, however, examining the movements of different blood components associated with the immune system both during induced acute stress and in the recovery following. For example, in response to stress the levels of neutrophils appear to increase in the lung, liver, and spleen—but decrease in bone marrow. “It may be the case that the source of the neutrophils is the bone marrow,” he said. “And that they’re mobilizing very quickly” to the other organs.

However, two other components—B and T cells—increase in bone marrow under acute stress. While emphasizing that this work is still ongoing, Swirski offered a hypothesis. “What we think is going on is that in response to acute stress, there’s a mass migration of B and T cells into the bone marrow,” he said. “They hide in the bone marrow, perhaps as a safe haven, and, after the storm passes, they start to return to the blood.”

Additional research is seeking to understand the mechanisms for these changes. Because these large-scale shifts are induced by stress, he pointed out, “Stress centers in the brain are the likely culprits.” Ongoing studies on mice are suggesting that the two primary stress centers seem to have different functions. The hypothalamic pituitary adrenal axis, for example, controls two of these blood components, lymphocytes and monocytes, but the sympathetic nervous system controls another, noradrenaline release.

Such a division was “unexpected,” said Swirski, and raises both further questions and avenues to explore. “We think that these processes have evolved for reasons that benefit the host, but they can also backfire,” he said.

Questioned after his presentation about the adaptive nature of these responses, Swirski discussed the evolutionary importance of stress. Not only does stress provoke the palpable “fight, flight, or freeze” reaction that can save us when threatened, on a molecular level these immune-related responses may have helped our bodies fight off antigens—such as the germs on the teeth of a predator after a bite.

However, these adaptive responses have a price. Not only is recovery—the time it takes to revert to pre-stress levels—slow, but ongoing research indicates that with repeated stress, levels react increasingly quickly, jumping into emergency mode. “Keep in mind, there are two systems in our body—the immune system and the nervous system—that learn,” said Swirski. “They require input and are very intertwined.”

This has implications in the current pandemic. “There’s a socio-economic component” to the health of our immune systems, he said, pointing out deleterious effect of “the stress of not being able to feed your family,” among other factors. “Stressed mice die of COVID at a much higher-rate than non-stressed mice,” he said.