From acai and goji berries to yogurt and fish, the superfoods list only continues to grow year after year. And this year is no exception. Introducing the versatile superfruit: the chayote.

After seeing a more than 76 percent search spike on Pinterest last year, chayote is 2019’s “it” superfood, but what is it?

Also called mirliton, christophene, vegetable pear, custard marrow and chocho, chayote originated in Mesoamerica, is found predominantly in tropical and subtropical regions worldwide and makes appearances in Cajun, North African, Asian, Latin American, Australian and Caribbean cuisines. Although technically a fruit, it can be used as you would a vegetable too.

In terms of taste, chayotes — which are light green and pear-shaped in appearance — are described as having a subtle, delicate sweetness, much like a cucumber. An easy way to incorporate chayote into your meals is by chopping it up and tossing pieces into your salad to add sweetness and crunch. Chayote is also commonly cooked like a squash.

Low in calories, chayote contains zero cholesterol and fat, is extremely low in sodium and is a solid source of dietary fiber. This superfood is also believed to lower blood pressure, according to a study published in Pharmacognosy Magazine in April 2014.

Want to give it a try? Here are 10 chayote recipes you’ll want to make first.

A popular salad in Mexico, chayote salad is a bright, crisp salad where the iceberg lettuce is replaced with boiled and diced chayote and topped with olive oil, vinegar, salt, pepper and oregano mixture as well as queso fresco for added freshness. These tacos have the perfect balance of spicy (serrano chili) and sweet (the chayote).

Braise 1 pound of chicken with diced chayote seasoned with dried oregano, salt and pepper. Then pour in broth until the chicken is cooked through.

Translated to “chayote with eggs,” this breakfast dish (with diced tomatoes, garlic, cilantro, diced onions and more) is considered one of the most popular vegetarian dishes in the Dominican Republic. 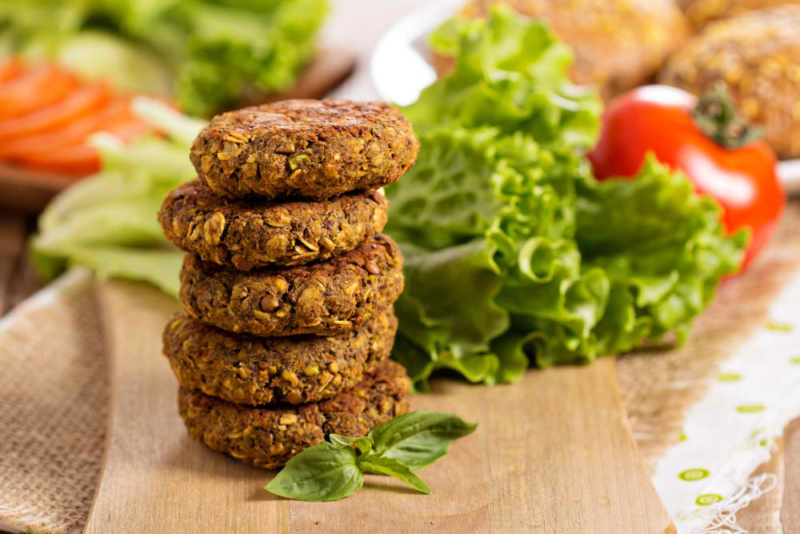 Turn on your Instant Pot for this velvety vegan-friendly soup. With bright flavors and a creamy consistency, you won’t be able to resist this spicy soup.

This chayote patty recipe couldn’t be simpler. Peeled and grated chayotes and carrot, finely chopped onions, beaten eggs and cassava flour spooned onto a hot pan as you would pancakes. 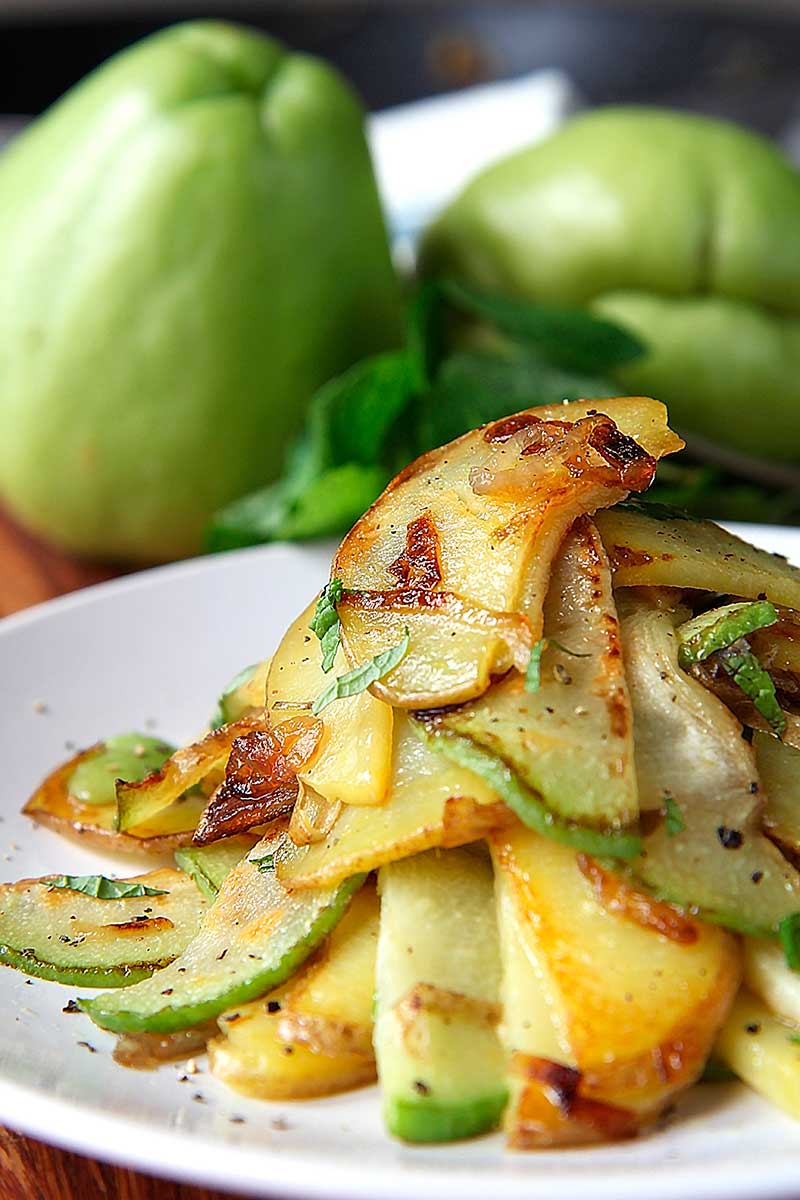 Thinly sliced chayote, potatoes, shallots and a mint garnish combine for a light but filling lunch or dinner.